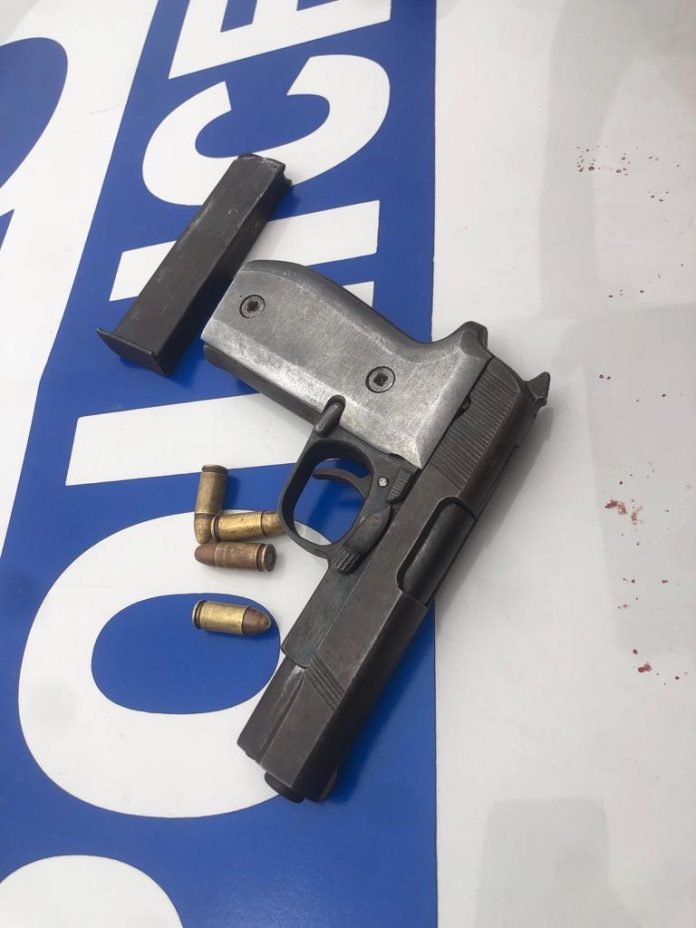 The Operatives of the Rapid Response Squad (RRS), Lagos State Command has arrested three robbery suspects, recovered a beretta pistol and four rounds of ammunition at Toyota bus-stop near Oshodi.

In a press statement e-signed and released to the National Association of Online Security News Publishers, NAOSNP by the Command’s Spokesperson, SP Benjamin Hundeyin stated that, “Operatives of the Rapid Response Squad (RRS) on April 5, 2022 arrested three robbery suspects and recovered a beretta pistol and four rounds of ammunition at Toyota bus-stop near Oshodi, Lagos.”

According to Hundeyin, “The prompt arrest of the traffic robbers followed a tip-off from civic-minded Lagosians to the RRS officers who were on routine patrol along Ladipo and Oshodi.

“Goddey disclosed that they were about to rob their second victim when the RRS patrol team arrived on the scene.”

A swift follow-up on the arrest led the RRS to their converging point at 7 Alhaji Monsuru Street, Ijegun, where two other suspects were arrested.

Meanwhile, the Commissioner of Police, CP Abiodun Alabi fdc, mnim, psc has directed the Commander, RRS, CSP Olayinka Egbeyemi to transfer the three suspects and exhibits to the CP’s Special Squad for further investigation and prosecution.

ACCESS BANK COLLABORATES WITH FEDERAL GOVERNMENT TO ROLL OUT GEEP 2.0...