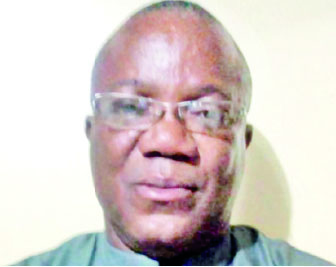 A member of the Police Service Commission, Austin Braimoh, has said recent Boko Haram onslaught on rice farmers in the Jere Local Government Area of Borno State could have been averted with police presence.

According to him, the men of the Nigeria Police Force have vital role to play in stabilising the North-East after the military liberates the territory.

Braimoh, a Commissioner in the PSC Board, however, said the Police Force lack the sophisticated weaponry to fight internal insurrection.

The PSC commissioner spoke on Tuesday morning while featuring on a television programme.

He said, “We do not have the required armoury to face internal insurrection. Like what is happening in Borno State, you will agree with me that the police is the number one institution that is supposed to be on ground to maintain peace.

By the time the military liberates the territory, we are supposed to have strong police presence in that environment.

“The unfortunate development of the slaughter of over 43 innocent farmers may have been averted if we have good presence of policemen in that place.

“The spokesman of the president while defending what happened yesterday alluded to the fact that when these farmers go into the field, they usually enlist the services of Civilian Joint Task Force.

“The Civilian JTF go before them, give them some level of protection from these insurgents and when they close, they also escort them.”

Braimoh also said more is required in the area of funding of the Police Force while noting that by enlisting 10,000 men onboard annually, the NPF will address manpower shortfall to better combat insecurity.

“If we keep bringing 10,000 men onboard every year, we will certainly get to the required number,” he stated.

There are over 300,000 policemen in the country but a number of them are attached to Very Important Persons and government officials. Security experts have opined that there should be at least one policeman to every 100 residents in the country, noting that Nigeria should have about two million cops in the police force.

WHY SENATE CHANGED ITS MIND ON FUEL SUBSIDY REMOVAL – SENATOR...