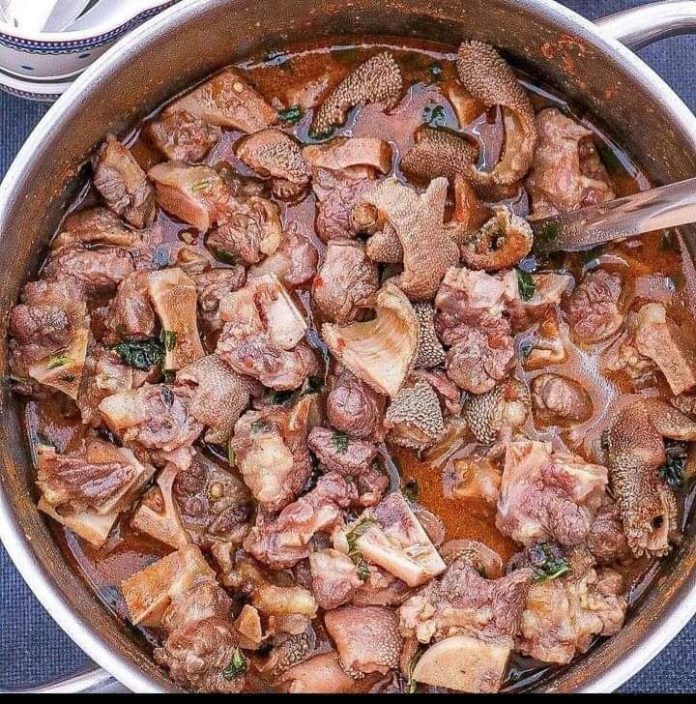 Police detectives from the Idimu Division, Lagos State, have arrested a dog meat seller, Success Akpan, after a stolen dog was traced to his pepper soup pot, which he was already selling to his customers before he was caught.

The incident which happened at Olorunsogo Street, Ejigbo area of Lagos, where Akpan operates a shop.

When the Akwa Ibom State born Akpan was caught, he claimed that he bought the dog for N12,000 from a seller, who was later identified as Abu and did not know it was a stolen dog.

The suspect, Akpan, landed in trouble after the seller, Abu, stole the dog from his mother’s tenant in Idimu, who had refused to pay his house rent.

He allegedly stole the dog and sold to Akpan before the information leaked and he was arrested. He was detained by the Police and told to bring the dog back.

It was during interrogation that the suspect, Abu, confessed and took the Police to Akpan’s shop. But before they got there, Akpan had already killed the dog and used it to prepare pepper soup.