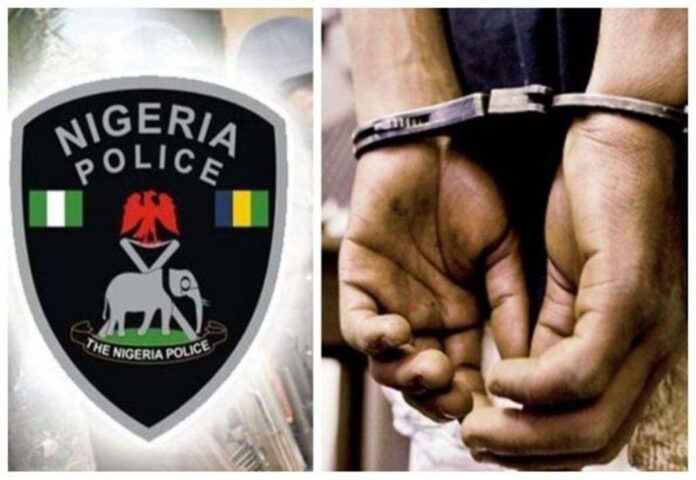 A policewoman has been taken into custody in Imo State in connection with the death of her brother.

Chioma Azuatalam was alleged to have partaken in the fight in which her eldest brother Chinonso Azuatalam aka Dakwada died over the sharing of their late father’s property.

Chinonso was beaten to death on Tuesday in the  presence of their uncles, who came to resolve the differences, report gathered.

A village source said that while the deceased who was a welder was fighting with his immediate younger brother, Chibuzor Azuatalam, their younger brothers who were twins heat Chinonso with a big stick on the back of his head and he lost consciousness.

Report learned that Chinonso was rushed to an undisclosed hospital, where he was pronounced dead.

The source said the policewoman joined in the beating, and also beat up Chinonso’s wife who is expecting a baby.

The Azuatalam brothers allegedly fled on learning that their elder sibling had died.

The source said, “Chinonso Azuatalam is the eldest son of the family. He had three other younger brothers Chibuzor Azuatalam and the twin boys. They were having serious issues with the sharing formula over their late father’s property.

“While Chinonso was insisting as the eldest son that the properties be shared evenly, the three other brothers, their sister, Chioma, and their mother connived to share the property without his consent.

The President General of the community, Martin Daniel, confirmed the incident yesterday.

Police spokesman Orlando Ikeokwu also confirmed Chioma’s arrest alongside  one of her brothers.

Ikeokwu said, “The deceased picked up a knife and threatened to kill his mother. His sister who is a police officer called her two other brothers. They came and a fight ensued and one of them hit him with wood. He lost consciousness and was rushed to Federal Medical Center, Owerri, where he was pronounced dead”.