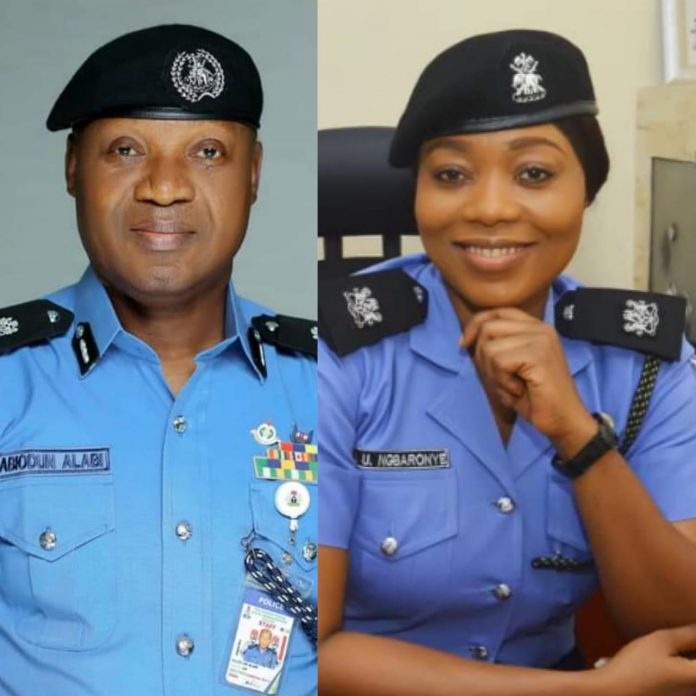 One good turn deserves another. When officers of the Nigeria Police does well, the public should be quick to commend them and not wait for unsavoury stories to tongue-lash and denigrate their activities.

For the good reasons, the DPO of Ilupeju Division, SP Matilda Umiah Ngbaronye has put the Nigeria Police in the spotlight, Trek Africa Newspaper can report. This was with her swift response to a distress call about a young lady on the evening of Wednesday, 8th June in Anthony village, Lagos.

A Nigerian, David Fatunmbi, on popular microblogging platform, Twitter shared his personal experience on that day as two others reached out to him so that they could jointly help a lady who sat hapless in the
Bertola area of Anthony village in Lagos on that evening.

In the tweet thread, he wrote: ‘On the evening of Wednesday, June 8, 2022, as I passed in front of Bertola in Anthony Village, Lagos, a young man and a young lady called me and asked if I could help them.

Near them, a well-dressed lady, probably in her 30s, was sitting on the floor. They asked me if I know how they could get the lady to safety. The young lady had seen her lying down on the floor and sensed that something was wrong, so she stopped to help. The young man did the same.

The woman could only tell them that she was going to see a friend. She couldn’t remember where her friend lived but she had a small note with the name and phone number of the friend. Meanwhile, she was sitting down in that dark and dangerous place as if she was already home. I called the number. A lady answered. She didn’t seem surprised.

‘It made me think that the woman, dressed like a banker, was probably receiving mental health treatment and had temporarily become disoriented. It was getting late. So, we decided it was best to get her to safety first’, Trek Africa Newspaper gathered.

On how SP Matilda and her men were of great help, he added: ‘I called the DPO of Ilupeju Police Station. Her response is why I tagged two Police officers in this thread. Without a moment’s delay, she asked: “Where are you? Please, describe the location.”

After I did, she said: “My men are on patrol in that area. I will send them. She added: “Don’t switch off your phone. I will give your number to them so that they can call and locate you.”

Moments later, she called me: “Have you seen them? They have been trying to reach you.” I checked my phone and saw a call, so I called and it was one of her men. He told they were near and would switch on their torchlight and wave it so I could see them. I did and they came over.’

The policemen arrived in a white dangote salon car one that looks like the RRS salon car, ‘First, they checked the lady to make sure she had not been harmed and they checked her bag, perhaps to find her ID or other identifying information.

Then they asked me and the others to join them to take the lady to their car, so that she’d feel comfortable. We did and the lady agreed to go with them. I asked the young helpful lady to join them in the car, if she wouldn’t mind, to reassure the lady. The police cared for her, contacted her mother, and she came to their station to pick her.’

‘The DPO, despite her high office, again completely surprised me when she took the initiative to send a text to a common citizen like me to let me know the lady was safe and to thank me. What she and her men did is fantastic, a very pleasant surprise. They were quick to respond in a helpful way, reassuring, and professional. They won our hearts’, he concluded on the impact that SP Matilda Ngbaronye made.

In his response tweet, the Lagos Police PRO, SP Benjamin Hundeyin said: ‘A big shout-out to DPO Ilupeju, SP Matilda Umiah, for making us proud. Protection of life and property remains part of our mandate.’

SP Matilda Umiah Ngbaronye represents the crop of police officers and men, high- ranking and low cadre, across the federation including the Lagos State Command.

It would be recalled that the Commissioner of Police, Lagos State Command, CP Sylvester Abiodun Alabi upon his assumption of duty in Lagos emphasized policing with a heart. He encouraged police officers at that instant to ensure that they bring civility and professionalism to the job.