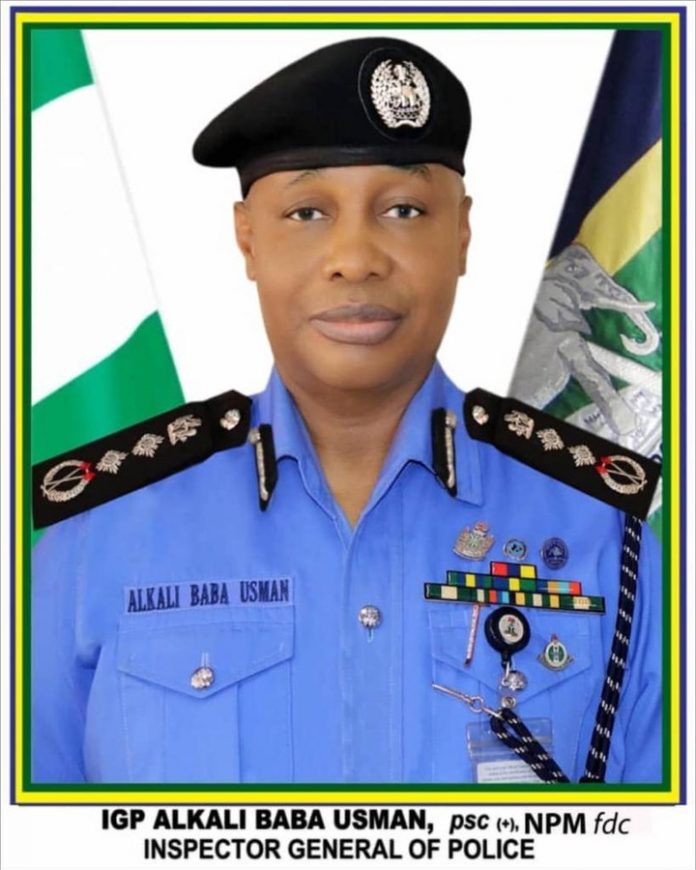 The Nigerian Institute of Public Relations, NIPR has commended the Inspector-General of Police, IGP Usman Alkali Baba for upholding the tenets of the public relations practice in his adminstrative leadership.

In a press statement e-signed and released to the National Association of Online Security News Publishers, NAOSNP by the Force Spokesperson, CSP Olumuyiwa Adejobi stated that, “The Inspector-General of Police, IGP Usman Alkali Baba, psc(+), NPM, fdc, has been commended for upholding the tenets of the public relations practice.

The Nigerian Institute of Public Relations (NIPR), in a letter previously circulated by the National President and Chairman of the Council Council, as well as letter no. NIPR/FCT/NPF/22/218 dated April 27th, 2022, received from its Abuja Chapter and signed by the Chairman, Mrs. Maryam M. Sanusi, mnipr, lauded the IGP for his compliance with the provisions of the NIPR Act, CAP N114, Laws of the Federation of Nigeria, 2004, that only qualified and certified members of the Institute shall be appointed spokespersons of organizations in both private and public sectors.”

According to the statement, “The IGP was specifically commended for the re-appointment of the former Force Public Relations Officer, CP Frank Mba, on assumption of duty as the 21st Indigenous IGP, and the appointment of his successor, CSP Olumuyiwa Adejobi, who are both members of the NIPR and the International Public Relations Association (IPRA), in line with the provisions of the NIPR Act; and the establishment of the Nigeria Police Public Relations School, which will soon be commissioned. “His zeal towards public relations development in the Police and nationwide cannot be overemphasized” – the PR Experts affirmed.”

“The IGP has equally received the assurances and readiness of the NIPR to partner with, and offer professional assistance, where necessary, to the Force Public Relations Officer towards achieving the set organizational goals of the Force. The professional body decried the gross violation of its Act by some Institutions and Agencies who appoint public relations officers who are not NIPR certified.”

The Inspector-General of Police however, has constantly emphasized the commitment of his administration to absolute compliance with the extant laws of the land. He reiterated his policy of putting round pegs in round holes, a basis for resounding success in every sphere of the police, especially in specialized sections such as Accounts, Medical, Airwing, Engineering, ICT, etc.