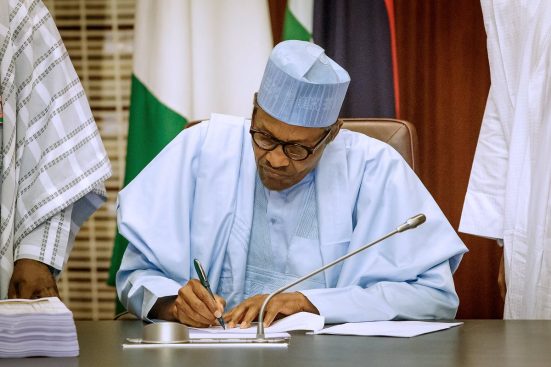 President Muhammadu Buhari has directed the conditional lifting of the ban placed on microblogging platform, Twitter, in Nigeria since June. This is coming 2 weeks after the Minister of Information and Culture, Lai Mohammed, had assured that the Federal Government would lift the ban on Twitter very soon.

The lifting of the ban was announced by President Buhari during his nationwide broadcast to mark Nigeria’s 61st Independence Anniversary on Friday in Abuja.

Buhari announced that the Presidential Committee he constituted, along with its Technical Team, to engage Twitter to explore the possibility of resolving the issue that led to the suspension of Twitter’s activities in Nigeria had successfully addressed a number of key issues.

President Buhari described the social media as a very useful platform but regretted that some users have misused the platform to organise, coordinate, and execute criminal activities, propagate fake news, and promote ethnic and religious sentiments

He said, “Following the suspension of Twitter operations, Twitter Inc. reached out to the Federal Government of Nigeria to resolve the impasse. Subsequently, I constituted a Presidential Committee to engage Twitter to explore the possibility of resolving the issue.

“The Committee, along with its Technical Team, has engaged with Twitter and have addressed a number of key issues. These are: National Security and Cohesion; Registration, Physical presence and Representation; Fair Taxation; Dispute Resolution; and Local Content.

“Following the extensive engagements, the issues are being addressed and I have directed that the suspension be lifted but only if the conditions are met to allow our citizens continue the use of the platform for business and positive engagements.’’

The president stated that government was committed to ensuring that digital companies use their platform to enhance the lives of citizens, respect Nigeria’s sovereignty, cultural values and promote online safety.

Recall that on June 5, 2021, the Federal Government suspended the operations of Twitter indefinitely in the country citing double standards by the microblogging and social media platform, and the persistent use of the platform for activities that were capable of undermining Nigeria’s corporate existence.

The government accused Twitter of allowing its platform to be used as a platform of choice for those who are preaching separatism and lend their resources to protesters against the police without understanding the nuances of our culture.

Twitter was also accused of raising funds to support EndSARS protesters which led to the killing of 57 innocent civilians, 37 police officers, 6 soldiers in addition to billions of dollars of destruction in property.

The Federal Government later set up a dialogue team led by the Minister of Information and Culture, Lai Mohammed, to interface with Twitter on the way forward.

The Federal Government had in August said that Twitter had agreed to 7 out of the 10 demands that it put forward to lift the suspension it placed on the microblogging and social networking platform.

SOUND SULTAN BURIED IN THE U.S.