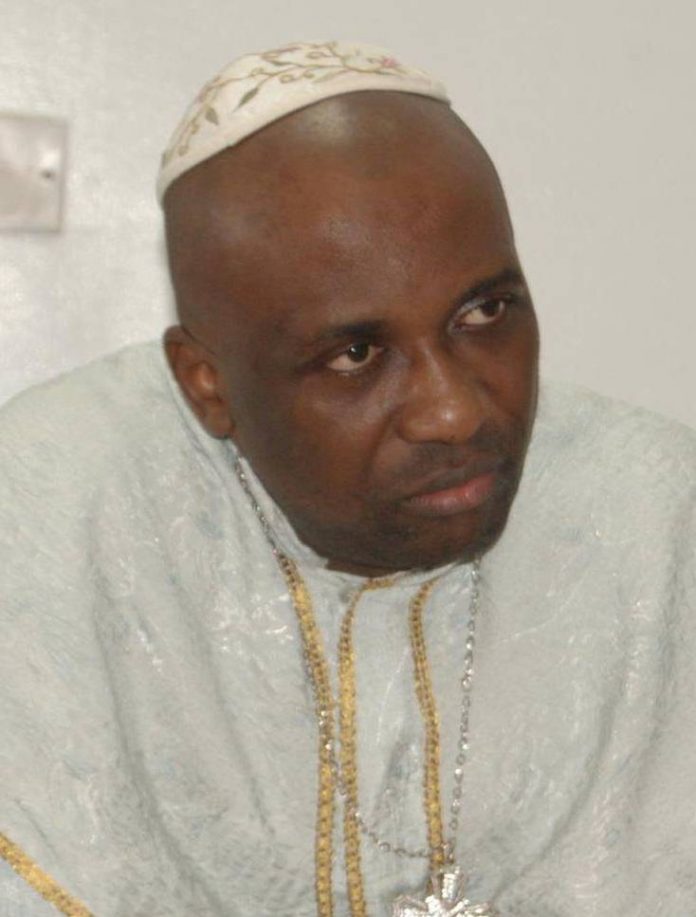 ‘’Heaven and earth may pass away but none of the word of the Lord shall go unfulfilled’’, words of prophecy are definitely God’s word and the only way we can authenticate them is if they are fulfilled.

Primate Elijah Ayodele, a global prophet has not only been releasing prophecies but has also authenticated his ministry as a prophet with the fulfilment of all his prophecies.

It’s a mystery how he manages to see beyond Nigeria and Africa, a feat most prophets find it difficult to attain meanwhile, Primate Ayodele has gotten to that height and remained for decades, all by the grace of God.

Yesterday before the Gambia parliamentary elections took place, Primate Ayodele released a word of prophecy concerning the outcome and said it will lead to political imbalance of President Barrow. He also said the outcome will become check and balances against him.

How will a parliamentary election lead to the political imbalance of a president? it’s a prophecy that can’t be understood except with deep knowledge in the prophetic ministry or better still, after it comes to pass.

Surprisingly, the election result came out yesterday and it was a very narrow win for President Barrow’s party in the parliamentary election.

According to news reports, Barrow’s National People’s Party won 19 of the 53 parliamentary seats up for grabs, overturning the main opposition United Democratic Party’s majority, according to results published by The Gambia’s independent electoral commission.

The president can designate the five other lawmakers, including parliament’s speaker, who will be selected from his party in the coming days, but fell short of an absolute majority in the 58-seat chamber.

The UDP claimed 15 seats and independents arrived in third place with 11.

The president’s party will not have a majority in the chamber after swearing in and definitely, there is no way the president can be balanced politically not having majority of the lawmakers.

With these developments, President Barrow’s activities will begin to get checked by the oppositions effectively due to the numbers of seat they have in the parliament, fulfilling Primate Ayodele’s prophecy.

I DIDN’T FILE SUIT AGAINST ATIKU’S CITIZENSHIP, ONLY A CO-DEFENDANT —...