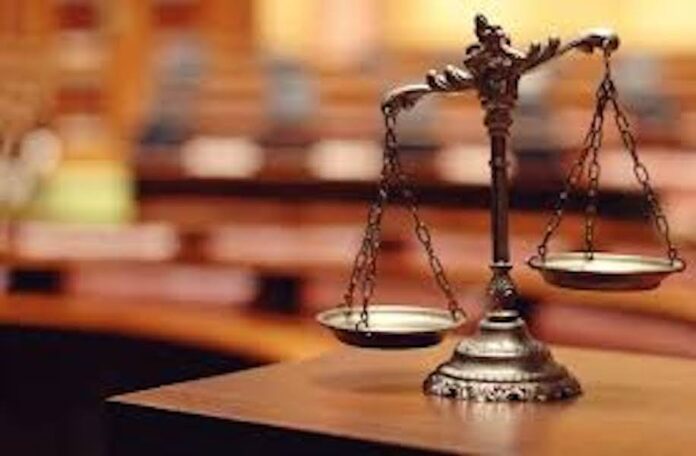 A company, Nacenn Nigeria Limited, has filed a petition against Prof Yemi Akinseye-George, SAN before the Chief Justice of Nigeria (CJN)/Chairman of the Legal Practitioners Privileges Committee (LPPC) and the Nigerian Bar Association.

It is alleging, “professional misconduct, criminal misrepresentation, suppression of material facts and fraud” against the Senior Advocate of Nigeria. This is despite the pendency of a suit instituted by the SAN at the High Court of the Federal Capital Territory, in which he is demanding N115million from the firm.

Nacenn, in the October 8 petition sent separately to the CJN and the NBA, is urging them to investigate its complaints. It wants them to refer the petition to the LPPC and the Legal Practitioners Disciplinary Committee (LPDC) respectively, “for appropriate sanctions as the justice of this petition demands”.

In affidavits on oath deposed to by Nacenn’s director, Chukwugozie Ezulike, the Petitioner accused Prof Akinseye-George of violating the Rules of Professional Conduct for Legal Practitioners 2007. Specifically, Nacenn said the SAN contravened Rule 1 and Rule 23 (1), which provides:

“A Lawyer shall uphold and observe the rule of law, promote and foster the cause of justice, maintain a high standard of professional conduct, and shall not engage in any conduct which is unbecoming of a legal practitioner…

“A Lawyer shall not do any act whereby for his benefit or gain, he abuses or takes advantage of the confidence reposed in him by his client”.

Nacenn Nigeria said it engaged Prof. Akinseye-George by a letter dated February 28, 2018, to assist it to recover N2billion judgement-debts from the Federal Government.

The company said it was agreed that his professional fees would be 10% of whatever he recovered, and that the duration of the engagement shall automatically terminate after March 30, 2018, if Nacenn does not receive the said payment.

The Petitioner said Prof Akinseye-George did not recover any amount within the period of the subsistence of his engagement letter.

The company said it re-engaged the SAN on April 25, 2018, to continue with the recovery on the terms that he is entitled to 10% of any recovery made. Nacenn said this engagement terminated on May 15, 2018, by the end of which Prof. Akinseye-George made no recovery.

The company said: “Despite the fact that no effort by Prof. Akinseye-George, SAN yielded any benefit for the company in form of any payment, when in June 2018, after the effective termination of his second engagement the Federal Government paid the sums of N100 million and N150million, Nacenn Nigeria still magnanimously paid him the sums of N10million and N15million respectively, representing 10% of the recovered sums as contained in the earlier terms of the engagement letter.

“Nacenn Nigeria having paid off Prof. Akinseye-George for his services and given the fact that his engagement had lapsed, formally wrote him on the 10th day of August, 2019 terminating his services to the company”.

Prof Akinseye-George, in his suit, is demanding N115million from Nacenn Nigeria for services rendered in recovering the debt. The SAN said he was engaged due to his expertise as a professor of law and experience in mediating between the government and the private sector, having also worked as a Special Assistant to three different Attorney-Generals of the Federation.

He said the late Chief Ezulike asked him to do all within his powers to recover three judgement-debts worth about N2 billion, and was engaged via a February 28, 2018 letter.

He said he briefed his client about the developments, at the expiration of the time given him. He said he was asked “to continue to carry out the assignment”, with the assurance that the promised 10% would be paid on the recovery of the debt.

The SAN said he succeeded in recovering the funds.

Akinseye-George claims “he has suffered great financial inconvenience” due to the refusal to pay the balance of his professional fees, adding that the company is “stopped from denying the efforts and work of the Claimant”.

Prof Akinseye-George, SAN, has denied the allegations of fraud or misrepresentation levelled against him by his his client, Nacenn Nigeria Limited.

He stated that the N50million he was paid, was deployed to honour the commitments made by the late Chief Ezulike to those who facilitated the recovery of the judgement-debt. “These commitments were known to the General Manager, Mr Ifeanyi Okwuosa and Mr Maduka Anigbogu.

“The N50million was deployed fully for the purpose it was brought, through Mr Ifeanyi Okwuosa. “I never misrepresented any fact or facts to anybody, including Afam Ezulike, in respect of anything done in the course of the recovery of the entire debt”, the SAN said.

Two papers were presented at the conference by Ms. Laura Cilesio (Assistant Director of ACT intermediary Program) from Australia and Prof. Penny Cooper from England and Wales (Project investigator, Institute for Crime and Justice Policy Research (ICPR) to broaden the knowledge of members and other stakeholders, on international best practices on measures to be adopted in the protection of Child and Vulnerable witnesses.

During the conference, there were some observations made by NAWJN concerning the provisions of our extant laws in Nigeria, in the light of the innovations in other common wealth jurisdictions and the need to engage relevant stakeholders in providing practice directions and policy direction’ to assist in the protection of children and vulnerable witnesses in Nigeria

The innovations include the use of intermediaries, pre-recording of child’s evidence, specialist district Judges, trained psychologists, social workers, speech pathologists etc, saddled with the responsibility of overseeing the implementation of the programme.

The Panelists also expressed the courts willingness to protect children and vulnerable witnesses, pursuant to the provisions of the domesticated Child Rights Acts, Administration of Criminal Justice Act in the various States across Nigeria, and the Evidence Act, as well as other extant laws and practice directions in force in the Federation.

Upon conclusion of an exhaustive deliberation, the following recommendation were proposed:

1. That the Chief Judges of the Federal High Court and the 36 States and Federal Capital Territory issue practice directions for the protection of children and vulnerable witnesses in Nigeria;

2. The there is a need to set up a tripartite committee consisting of relevant stakeholders, to come up with guidelines on how children and vulnerable witnesses will be protected both physically and psychologically;

3. That there is a need to set up a legal frame work by the National Assembly in the ongoing reform of the justice sector, to factor in the protection of child and vulnerable witnesses;

4. That there is a need for the appointment of additional Judges at the High Court and the Federal High Court in Nigeria;

5. That there is a need for budgetary allocations for the provision of physical infrastructure and capacity building for Judges, court officials, and a witness fund to cater for children and vulnerable witnesses in Nigeria;

6. That there is a need to liaise with relevant stakeholders on the sensitisation of parents and care givers in assisting the court in giving evidence, during trial of cases of sexual offences committed by family members and close relatives.

The President, National Association of Women Judges’ Nigeria, Hon. Justice Mary Peter-Odili thanked the sponsors, organisers and facilitators, for their enormous contributions towards the success of the event.