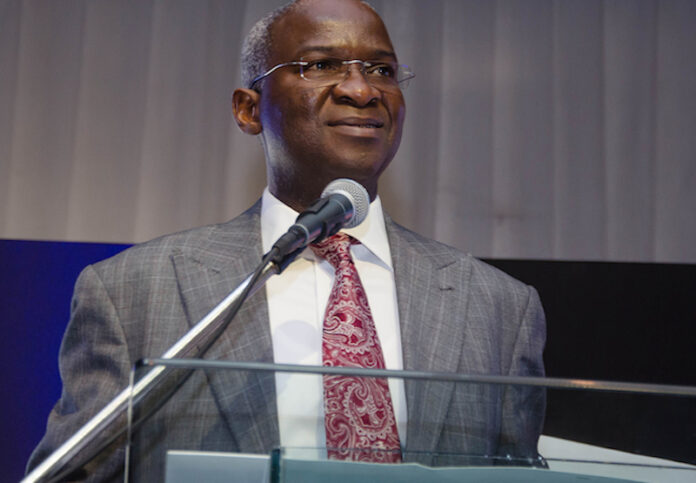 The Senate Committee on Ethics, Privileges and Public Petitions has commended the Minister of Works and Housing, Mr Babatunde Fashola, SAN, for the maturity he displayed with the handling of the petition against his ministry by the Redeemed Christian Church of God.

The RCCG, according to a statement by Special Adviser on Communication to the Minister, Hakeem Bello, had dragged the FMW&H to the Senate panel based on a petition written by the Church Secretary, Pastor Niyi Adebanjo.

The petitioner had claimed that the FMW&H under Fashola, paid N151m to a contractor, Messrs. Cartill Construzioni Nigeria Limited, for the rehabilitation of Ife-Ifewara Road, a work which, according to the petitioner, was carried out by the Church at a cost of N188m.

The petitioner had further claimed that Fashola’s ministry paid the N151m to the contractors between 2016 and 2019.

But responding to the allegation  Fashola told the panel that there was no proof to support the position of the petitioner that an unjust claim was made by contractor or paid by the Ministry between 2016 and 2019.

The Minster, who explained that the road in question was a state road, added that the contract for its rehabilitation was awarded by the Federal Government in 2010 as a Parliamentary Constituency Project and domiciled in the budget of the Federal Ministry of Works and Housing, hence the intervention by the ministry.

He clarified that both the award of the contract and payment of the said contract sum were made between 2010 and 2011, four years before the administration of the President, Major General Muhammadu Buhari (retd.), took over power.

He said contrary to the claims of RCCG, the Contractor, Cartill Nigeria Limited, did not make a claim for a refund for the cost expended on the rehabilitation of the road between 2016 and 2019.

He also added that the Ministry also did not make any such payment to the contractor.

He reiterated that the two payments made to the contractor were made in March and December 2011 respectively.

He said the Petitioner could have sought clarification either from the Ministry of any other relevant agencies of government instead of petitioning the Senate.

The Petitioner, Adebanjo, on realising that the claims he made in his petition had no factual proof and as noted by one of the Senate Committee members who advised that he should do the needful on account of available evidence, Adebanjo apologised to Fashola.

He said, “For the fact that the Ministry of Works deserves an apology and because the whole world is listening to us, I tender that apology unreservedly before this Senate Committee”.

In his submissions, the Chairman of the Committee, Senator Ayo Akinyelure, commended the minister for coming personally to clear the air on the issue.

He said Fashola had responded to the petition and thrown more light on the whole issue adding that other officials of Government should borrow a leaf from him.