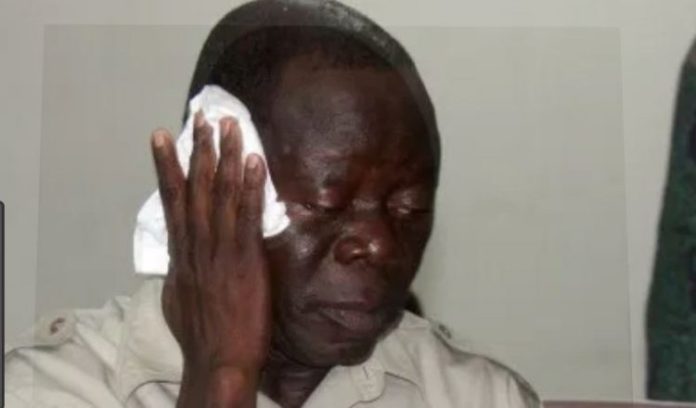 The Appeal Court Benin Division on Tuesday set aside the dissolution of the Edo State Law Review Commission by then governor Adams Oshiomhole in 2008.https://www.youtube.com/embed/gvtYyd6FfPc

According to the court, Oshiomhole failed to follow due process.

In a unanimous‎ judgment, the court ordered that members of the Commission be reinstated and be allowed to complete their tenure.

The judgment delivered by the three-man panel was read by Justice Biobele Abraham Georgewill.

Other members of the panel were Justices Oyebisi Omoleye and Dr Fredrick Oho.

The appellate court held that the Adams Oshiomhole-led administration did not follow the laid down procedure in dissolving the commission.

The appellants, in the suit No B/375/OS/2009, were identified as: Elder Jonathan Aghimien (SAN), T. E. Ogbeide-Ihama and Edward Aigbanbe.

Governor of Edo State, the Attorney General and the State House of Assembly were the respondents.

The appellants challenged the ruling of Justice Nogi Aifuwa Imoukhuede of state High Court in which he dismissed the claims of the appellants for being statute barred.

In his ruling, Justice Georgewill declared that “the dissolution of the Edo State Law Review Commission and consequent termination of the appointments of the Appellants on 24/11/2008, without due compliance with the provisions of the Revised Edition Law of Edo state 2001, by the 1st Respondent, the then Executive Governor of Edo state is null, void and of no effect whatsoever.”

The court set aside the letter issued by the then Secretary to State Government (SSG) on behalf of the state governor, saying it was issued without compliance with the provisions of the Revised Edition Law of Edo State 2001.

“An order is hereby given reinstating the Appellants to their aforesaid position as Chairman and members of the Edo State Law Review Commission to serve out the remainder of their five-year tenure”.