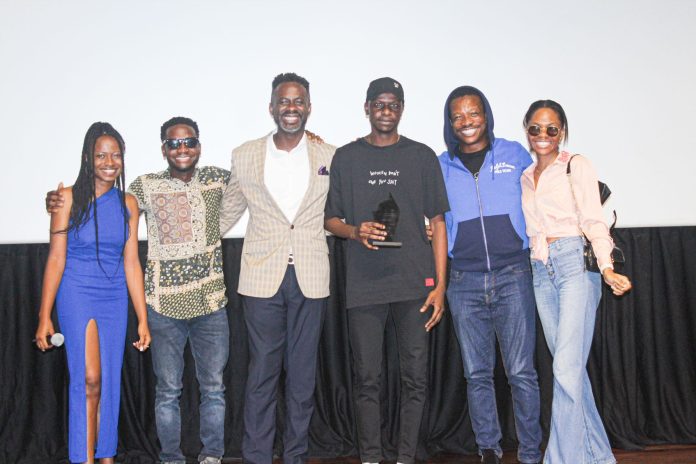 REDTV, United Bank for Africa’s Lifestyle and Entertainment channel, has reiterated its support for the youth and creative industry, as it continues to empower young talents in the film making industry on the continent, especially in the field of production, scriptwriting and film festivals.

With top hits such as Unintentional, Mighty, The Men’s Club Season 1-3, and other popular shows like Our Best Friend’s Wedding, Inspector K, Assistant Madams, RedHot Topics, Hotel Boutique and a host of other entertaining content, award-winning lifestyle channel REDTV, is keen on developing and nurturing talent across the continent.

The entertainment channel, which also makes deliberate efforts toward encouraging, partnering and sponsoring capacity building initiatives in the creative sector, has announced that it will be sponsoring the second edition of the African International Horror Film Festival held at the Alliance Francaise, Ikoyi, Lagos and Freedom Park, recently.

The three-day film festival involved panel sessions and discussions as well as a workshop which centered around how culture drives African horror stories, creating sustainable opportunities in the film industry, as well as marketing strategies for independent filmmakers.

Atta who is also UBA’s Group Head Corporate Communications, said, “At UBA and REDTV, we have a passion to support and create the kind of content that will not only entertain and educate our viewers but will also give players the ability to become the best version of themselves.

She pointed out that the creative industry in Africa has become a huge playing field that is beginning to garner attention and is waiting to be explored adding that “we at REDTV are consistently investing in the entertainment terrain to give our youth something to look forward to.”

Creative Director, REDTV, Obinna Okerekeocha, explained the passion behind REDTV’s sponsorship of the African International Horror Film Festival as he said that REDTV is doing its part to continually support young and emerging filmmaking talent in the continent, especially as the future of film in Africa is changing.

“At the beginning of this year, we stated that part of our strategy is to support the film ecosystem in Africa, through empowering young and upcoming African filmmakers and we have done this through sponsoring various film festivals, including this African International Horror Film Festival,” he said.

REDTV is a fast-paced lifestyle channel that puts Africa on the global stage. Proudly powered by UBA, the network aims to entertain and inform through rich and engaging content that feature the very best of Africa focused on fashion, news, music, sports, drama, travel and much more.

The channel collaborates with the most talented visionaries and creative minds who dare to believe in a New Africa, putting together content that reflects its vision.

BEHOLD 6 SHOWS AND MOVIES ON GOTV TO GET YOU THROUGH...