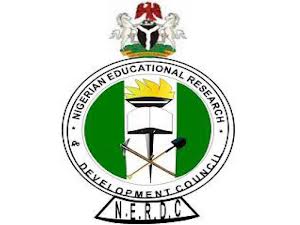 The federal government has directed the Nigerian Educational Research and Development Council (NERDC) to exclude sex education from the basic education curriculum.

The Minister of Education, Malam Adamu Adamu, who gave the directive in Abuja, yesterday, also admitted that he has failed Nigerians over his inability to eradicate the menace of out-of-school children in the country, in keeping to his vision.

He also said reducing out-of-school to the barest minimum was one of his key priorities when he was appointed by President Muhammadu Buhari more than seven years ago.

Adamu spoke while declaring open the Ministerial Session of the 66th National Council on Education (NCE) meeting in Abuja, with the theme: “Strengthening of Security and Safety in Nigerian Schools for the Achievement of Education 2030 Agenda.”

He noted that immediately he saw Sex Education in the curriculum, he called the attention of the NERDC Executive Secretary to see that it was expunged, arguing that sex education should be left in the hands of parents and religious institutions and not to be taught in schools in a manner that would further corrupt little children who are already having access to phones and technologies.

He emphasised that Nigeria was a religious country and as such the morals and values taught in the Church and Mosque in addition to efforts of the parents were enough to bring up a child with solid character.

“When my attention was drawn to the document, I called the Executive Secretary of NERDC and ask him why did I see this again, because immediately I saw this i called him and he assured me that he was going to act on it,” Adamu stated.

The minister noted that the choice of the theme was very right, considering the prevailing security situation and the inevitable challenges it poses to the public and private sectors alike.

He said even before he became the Minister, one issue that bothered him most was the large number of Nigerian school age children roaming the streets.

Adamu said in order to improve access to quality basic education in 2015, the Federal Ministry of Education under his watch developed a document titled ‘Education for Change; A Ministerial Strategic Plan’ (MSP) (2018-2023).

“The specific goal of the programme is to reduce the number of out-of-school children to the barest minimum among the ranks of the disadvantaged, the marginalised and those affected by crises, disasters and other socio-economic factors,” he said.The minister, however, lamented that after over seven years not much has been achieved because states were not complementing the federal government’s efforts in tackling the menace.

Adamu called for collaborative efforts to provide secured environment for leavers and teachers in the face of threatening challenges.He also advocated for the Ministry of Skill and Entrepreneurship and three Ministers of Education, to pilot the affairs of the Federal Ministry of Education.

“I hope whoever is heading the next government will see the sense to create the ministry of skills and entrepreneurship and if it will not be created there should be three Ministers of state in the ministry of education. We need a ministry for that.

“Also I want to tell states that they are not doing enough on schools’ safety. I know it is a general menace but states should start doing what ministry of education is doing,” he said.

While saying it was the responsibility of governments to uphold the right to education for all by ensuring that all barriers are removed, he said all hands must be on the deck to strengthen the security system of the educational institutions.

He added that government had also conducted vulnerability survey on schools in order to devise robust security strategies, constructed perimeter walls around schools, installed alarm systems in schools, and made others.

He said while the federal government and some states and the FCT had done their best to arrest the situation, several other states were lagging behind.He, therefore, called on all states to rise up to their responsibilities, and provide a safe and secure learning environment for both students and teachers.

The Chief Education, United Nations Children’s Fund (UNICEF) Nigeria, Dr Saadhna Panday-Soobrayan, in her remark said attacks on schools and violence in and around schools were having devastating short and long-term consequences on the wellbeing of children and communities.

“UNICEF strongly believes that quality education, especially for the girl child, is the single most effective investment a country can make to ensure safety and security and the economic wellbeing of the country.

“Nigeria has a strong policy landscape in support of safe schools. We know what to do to keep our children safe in schools. What is now needed is a strong focus on how to deliver coordinated implementation of the minimum standards on safe school at scale and with urgency,” she said.

She, however, said school safety could not be dealt with in isolation from the other challenges facing Nigeria’s education system.

She noted that children were out of school because they feel unsafe, and when children fail to go to school and learn, this heightens their participation in risk behaviour including in conflict and violence.

According to her, getting children into school and keeping them there is therefore critical to end the security challenges in the country.

JUST IN: LAGOS SCHOOLS TO RUN SECOND TERM FOR 61 DAYS