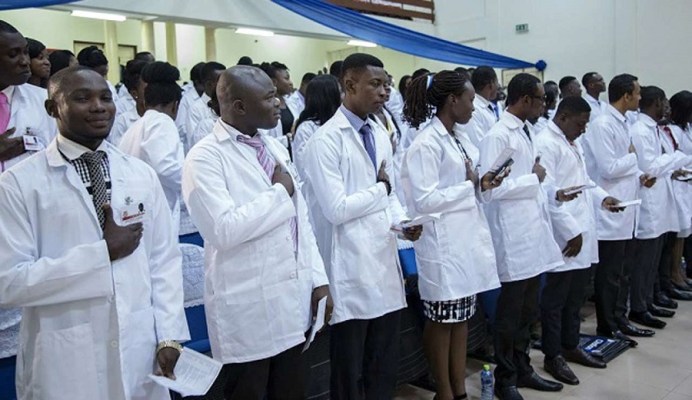 The leadership of the National Association of Resident Doctors (NARD) has suspended its 2-month old nationwide industrial action.

The recent action by the striking resident doctors is coming after several negotiations with relevant stakeholders due to the strike action embarked upon over irregular payment of salaries, unfavourable condition of service, among other issues.

This was disclosed by the President of NARD, Godiya Ishaya, who acknowledged that the resident doctors have officially called off the strike with effect from 8am on Wednesday.

Ishaya said that the decision to call off the strike was made in an emergency meeting with the association’s national executive council.

He said, “We’ve officially suspended the strike to resume 8:00 am on Wednesday. We made the decision in the wee hours of today. We held an emergency meeting from 5:30pm on Sunday to the morning hours of today, and the NEC decided that having reviewed the progress made so far, the strike should be suspended.’’

The Nigerian Medical Association (NMA), in a communique signed by the Secretary-General, Ekpe Philips Uche, after the meeting held among delegates of NMA and NARD on Sunday in Abuja, advised NARD to call off the ongoing industrial action.

At the meeting, NMA mandated the National Officers Committee, NOC, to ensure the implementation of the memorandum of understanding signed with the federal government on August 21.

The association asked NOC to report back to the National Executive Council of NMA periodically on the progress being made on implementing the memorandum of understanding.

It can be recalled that the resident doctors had on August 1, commenced the strike action over salary arrears owed by the government, irregular payment of salaries, among other welfare issues.

Efforts by the House of Representatives to mediate between the federal government and NARD ended in a deadlock.

The federal government then instituted a suit against the association, asking the court for an order of interlocutory injunction restraining members of NARD from continuing with the action.

The National Industrial Court had on September 17, ordered resident doctors to  suspend their industrial action  and go back to work immediately, pending the determination of the substantive suit.

The adamant resident doctors appealed the ruling and accused the Industrial Court of not giving them a fair hearing.