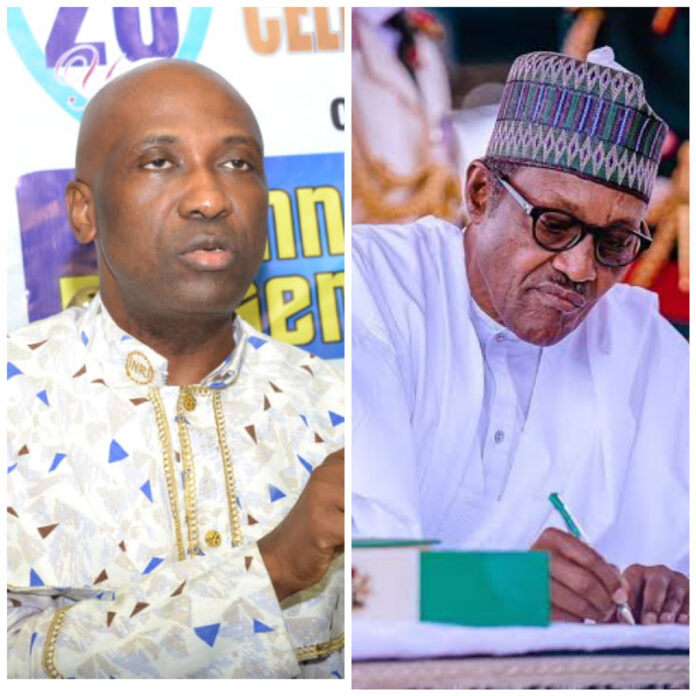 Following the butchery that occurred in Borno state yesterday, The leader of INRI Evangelical spiritual church, Primate Ayodele has spoken against the act that claimed the lives of over 43 farmers.
The popular prophet described that act as a sad occurrence and a confirmation that God is not happy with the government of President Muhammadu Buhari.

He made it known that the recent happenings in the country has shown beyond doubt that President Buhari can’t lead the country anymore, therefore, He should honourably resign for someone who has the capacity to lead the country.

He also reinstated his statement that President Muhammadu Buhari needs to sack his service chiefs before the security in Nigeria can improve, while describing the present ones as ‘weak and tired’
‘ The killings that took place in Borno yesterday is sad, disheartening and shame to our dear country.

The stubbornness of President Muhammadu Buhari and not listening to advice has affected his government.  He knows what to do to control it but it’s as if he has made up his mind to shed blood of Nigerians.

God is not happy with this government because lots of blood have been sucked and there is no way the government won’t pay for it
This is sad, I’m sure the number is more than that, and that is why Buhari isn’t capable of leading this country again, He should resign honourably and let someone else who has the capacity to be there, he has failed Nigerians and there is no way God will be happy with him. How long will we continue to experience this.

The service chiefs are tired, they don’t know what to do, they are confused, there are just there making noise, they don’t have the stamina and idea.

My concern is Buhari has all it takes to do a positive thing about the security of the country but He has ignored the people, there is no peace, we have killings, armed robbery attack, it’s a shame to the government, He should have resigned honourably and have peace of mind.’
Meanwhile, Primate Ayodele in his annual book of Prophecy titled Warning to the nations had warned against the recent sad occurrence that happened in Ondo and Borno.

On page 37 under Borno section, Primate Ayodele noted that Jere Local government should be careful of strange and unexpected attacks, which eventually happened.
Also on Page 86 under Ondo state section, He categorically said that the state should pray against losing a king or dethronement of a king, as he warned, News had it last week that a first class monarch in Ondo was shot dead by unknown armed men.

OLUBADAN: TINUBU WILL BE A GOOD PRESIDENT — I’ll do everything...