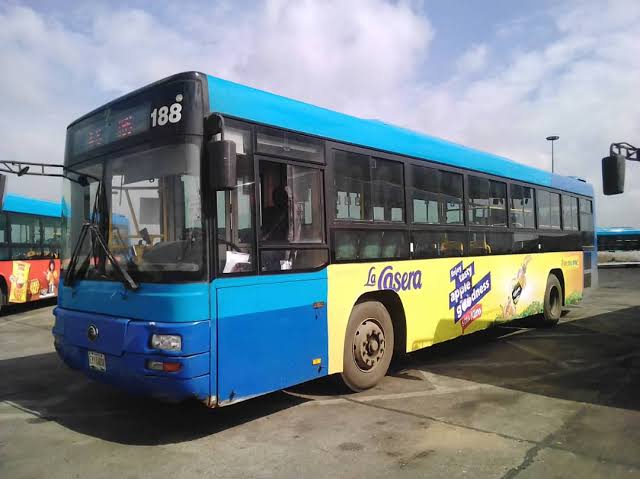 A 26-year-old mother of one, Reini Akakpo has been killed by a BRT bus in the commercial city of Lagos The driver of the vehicle is said to have fled the accident scene and is nowhere to be found at the time of this report The victim’s daughter who was with her during the incident, however, survived with injuries according to eye-witnesses,

A Bus Rapid Transit (BRT) driver who is currently on the run has crushed a woman, Reini Akakpo, to death at Union road, Dopemu, in the Agege area of Lagos state. The victim’s one-year-old daughter, Amelia, who alongside her 26-year-old mother was knocked down by the BRT bus, was admitted to the Lagos State University Teaching Hospital, Ikeja. The Sanwo-Olu-led government of Lagos is yet to officially comment on the accident.

-Reini with the children while alive

Reports has it that Reini and her daughter attempted to cross the BRT lane to link to their destination when the bus driver, who was said to be at top speed, rammed into them.

An eyewitness, who gave his name simply as Uche, said after the accident, some good Samaritans rescued the victims, adding that Reini lost her life due to the injuries she sustained.

The woman’s pain was too much, but people rushed her to a hospital. It was later that I got to know that she died.” A resident, identified simply as Remilekun, said after the accident, the driver abandoned the bus on the dedicated lane.

“But the police came to tow it away. The husband of the woman was called, and people rushed her and her daughter to LASUTH. The woman died; her daughter has been hospitalised since then.” Reini’s husband, Monday, while lamenting the incident, alleged that his wife was abandoned at LASUTH for one hour till she died in a vehicle on the premises of the hospital.

PTF TO SUBMIT FINAL REPORT TO BUHARI IN TWO WEEKS