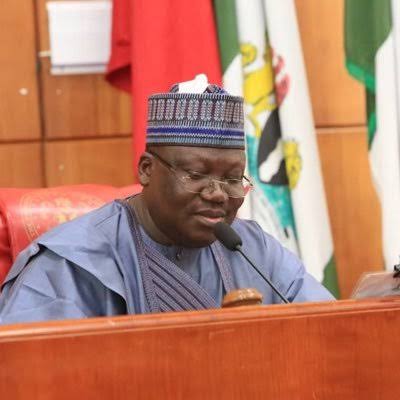 The invitation of President Muhammadu Buhari by the House of Representatives has caused another disagreement better the two houses as senate on Wednesday stated that it had nothing to do with such invitation.

Prior to the disagreement, report has it that President Buhari was scheduled to appear before and brief lawmakers on the security challenges rocking the country.

But during the National Executive Council of the APC on Tuesday, governors prevailed on the president not to appear before the National Assembly.

The Attorney General of the Federation, Abubakar Malami, also stated that the constitution gives the president exclusive rights over security and cannot be summoned by lawmakers.

He described the invitation to the president as unconstitutional, adding that it was the right of Buhari to engage the National Assembly or not.

Speaking to newsmen the Chairman of its Committee on Media and Public Affairs, Senator Ajibola Basiru (APC-Osun Central), said the upper chamber did not summon the president.

He said the red chamber would not want to be dragged into any controversy as to whether Buhari will appear before a joint session of the National Assembly or not.

“I’m a spokesperson of the Senate. There was no resolution of the Senate that the President should come and address it on the issue of national security,” he said.

“I expect that every enquiry as to the summoning and coming of the President should be directed to the House of Representatives.

“We operate a bi-camera legislature. That’s why our rules and procedures are different and that is why also we need concurrence from the two Houses on passing of legislation.

“On this matter, there has not been an issue of a joint resolution. What you have is resolution of the House of Representatives.

“And I believe, the House of Representatives should be able to tell you why the resolution was passed, and what will happen to that resolution.

“As far as the Senate is concerned, we have not summoned the President and we don’t want to get ourselves involved in any controversy as to whether the president will appear or not.

“To the best of my knowledge I’m not aware of any planned joint session of the National Assembly tomorrow (today).”