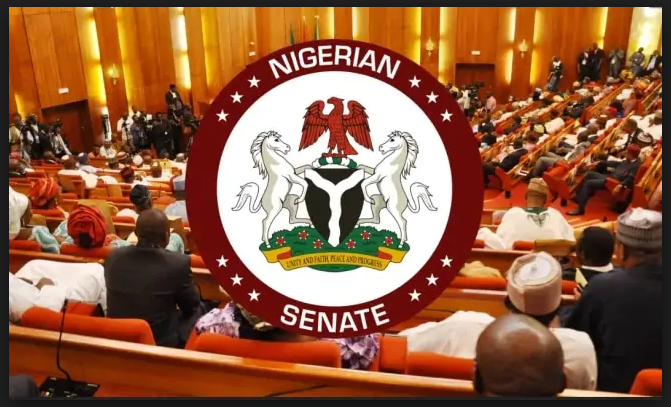 The Senate has said some of its members who are advocating impeachment proceedings against the President, Major General Muhammadu Buhari (retd.), are not serious about the issue.

Two of the Peoples Democratic Party senators, Francis Fadahunsi (Osun East), and Biodun Olujimi (Ekiti South), had in recent times said their colleagues in the Senate should not hesitate to take necessary constitutional  legislative action against Buhari if the current insecurity continue unabated.

Members of the opposition parties in both chambers had also, penultimate week, threatened to invoke their constitutional powers and move against the President if he failed to tackle the worsening insecurity in Nigeria.

But reacting to the development, Senate spokesperson, who is also an APC member representing the Osun Central Senatorial District, said on Friday that his colleagues should not play politics with the issue of security.

Basiru said, “I don’t think they (pro-impeachment senators), are serious about it!

“They ought to know better that national security is not politics play thing,” he added.

Fadahunsi had while contributing to a motion moved by Senator Sani Musa, on the state of insecurity on the floor of the Senate last month, said that something drastic must be done, adding that the Senate must do its work.

The Senator had said, “When the government cannot maintain security again, economic problem is mounting then something drastic must be done. We have the power. We can install and we can remove.

“If it means we have to look at that clause, we have to sit down during an executive session and harmonise and do it the way we should do it.

“If not, one day we will sit down here and one  small boy will carry an AK47 riffle and everybody will run away. We may not be lucky. Are we going to wait for that time?”

“If the government has failed to protect us, the Senate should do the needful.”

Olujimi, who is representing Ekiti South in the upper chamber on the platform of the PDP had also said her colleagues should not hesitate to opt for Buhari’s impeachment whenever the need arose.    ,,