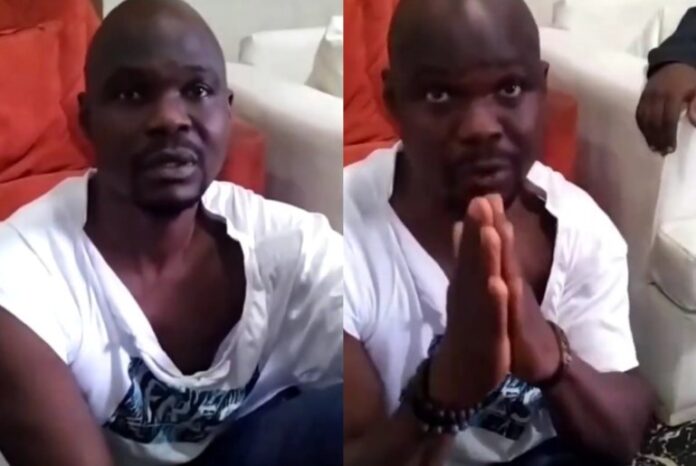 Over 7,500 persons have signed a petition to prevent the release of popular Nollywood actor, Olanrewaju Omiyinka, better known as Baba Ijesha, for allegedly sexually assaulting a 14-year-old girl in the care of popular comedienne, Adekola Adekanya, otherwise called Princess.

The actor was also said to have first defiled the minor when she was seven and repeated same recently when she was 14-year-old.

The petition, which was started by the Aunt Landa’s Bethel Foundation, on behalf of the teenager’s foster mother, Princess, was titled, ‘Olanrewaju James Omiyinka must not be released in Nigeria for defiling a 7 years old girl’.

When visited on Monday morning, the petition portal domiciled on www.change.org had attracted over 7,600 signatories.

“Truly he defiled her in my sitting room years ago when I went downstairs to lock the gate after my aunt who had come to console me on the collapse of my marriage and loss of baby (her other siblings had gone out to play at the end of the street).

She said after cleaning certain liquid (we suspect was sperm and blood) from her bum and his body, he warned her not to tell anyone and that it was nothing,” Princess said in the petition while seeking justice on the matter.

Baba Ijesha has been under fire since April 22, 2021, when the Lagos State Police Command announced his arrest for sexual assault.

The Police Public Relations Officer in the state, Muyiwa Adejobi, said there was substantial evidence against the actor as he was caught in the act on Closed Circuit Television.

The PPRO stated, “Based on preliminary findings, the suspect started sexually assaulting the victim since she was seven years old. The suspect confessed to the crime and was also captured by a CCTV camera in the house of the complainant.”

The footage reviewed by newsmen also showed that Baba Ijesha kissed and fondled sensitive parts of the body of the 14-year-old girl.

However, in a twist of events, a senior police officer told journalist that the actor may be released anytime soon.

The source said due to the ongoing strike by members of the Judicial Staff Union of Nigeria, courts had ceased sitting and the suspect could not be detained indefinitely without trial.

But the impending release of Baba Ijesha has sparked outrage on social media with many opposing the move by the police.

OSINBAJO CHARGES TEAM NIGERIA TO REPEAT FEATS OF AJUNWA, OTHERS AT...