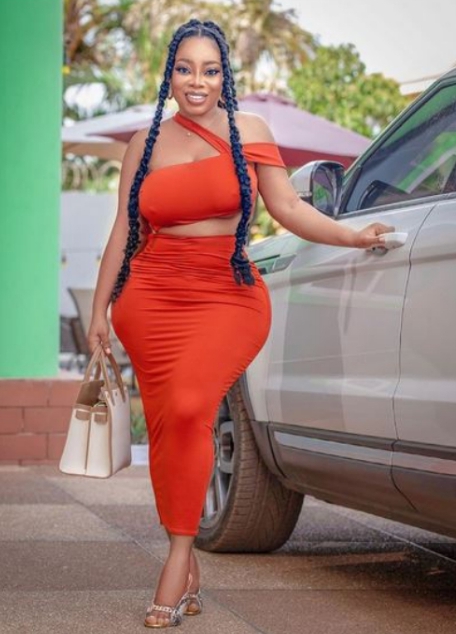 Ghanaian TV presenter, actress and model, Moesha Boduong has stated that she can’t be ina relationshipwith a broke man.

“My first boyfriend was a man without cash and we were struggling together but he cheated on me severally and got my heart broken. After such an experience, I vowed never to date a broke guy. I can’t date a man without a car, a man with at least a Corolla or a Hyundai isn’t bad for a guy who wants to date me,” she said in an interview with SVTV AFRICA.

However, she has a piece of advice for single women.

“Sleeping with different men will never make you successful or rich. No man will spend on a hoe, men love women who are exclusive. Don’t believe in everything you read on social media and don’t believe in rumours and gossip,” she said.

Moesha Boduong was a former military officer who rose to fame as an actress in Ghanaian movies, as a television host on Viasat 1TV and as a model.

HOW I SURVIVED HARD TIMES IN MY MINISTRY TWO YEARS AGO...