Sequel to the multi-city beach cleanup exercise initiated by the Managing Director and Chief Executive Officer of Sterling Bank Plc, Mr. Abubakar Suleiman, members of the initiative’s board of governance, environmental groups, volunteers, and the media flagged off the project at Alpha Beach in Lagos recently.

Speaking at the flag off, Mrs. Olapeju Ibekwe, Chief Executive Officer of Sterling One Foundation, said the event was a beach adoption initiative that will empower the youths and women in coastal communities.

The initiative will also provide alternative source of income for the communities and ensure that the beach gets cleaned every week for the next one year at the minimum.

She added that the project is also aimed at addressing a minimum of seven of the United Nations Sustainable Development Goals (SDGs).

On how funds were raised for the project, Mrs. Ibekwe said, beyond individuals that donated N500 and above through Giving.ng, the crowdfunding platform of Sterling One Foundation, donations were also received from corporates and other partners on the project. She listed some of the corporates that partnered on the project to include Rite Foods, Sterling Bank Plc and Bonnie Bio.

According to her, the platform has successfully raised about N3 million for the project with about N1.3 million contributed by individuals and the balance donated by corporate partners.

Ibekwe said, “We will get human resources from the coastal communities, train and empower them on how to clean beaches in a way that their health and safety are guaranteed while ensuring that the recycling of the waste is done properly.

They will also be given the responsibility of cleaning these beaches every week and paid for the next one year. So, we are increasing their capacity and providing them an alternative source of income.

“We are going to replicate it in all coastal cities across the country after the flag off event. We will start to clean the other beaches one after the other by engaging the coastal communities.”

Also speaking, Mr. Akanbi Williams, a member of the governance board of the multi-city Beach Clean Up Project and Director of the International Ocean Institute (IOI-Nigeria) and Chief Research Officer at the Nigerian Institute for Oceanography and Marine Research in the Fisheries Resource Department, said it was about creating awareness and carrying out an activity to eliminate some of the problems created by humans along the beaches.

According to him, “Marine litters or marine debris are materials that are processed by man that end up in the sea. Unfortunately, this has been going on for decades, particularly plastics.

We are now seeing the consequences because what we throw at the sea is now being thrown back to us and because it is throwing it back to us, either directly or indirectly, we are feeling the impact.

“The clean-up is to start a process which helps us reduce what we have put in the sea. We also try to reduce the pressure of the debris on both aquatic life and the whole ecosystem. The marine debris affects individual organisms, including man, and the ecosystem,” he said.

Taiwo Adewole, who is also a member of the governance board as well as Executive Director of Recycle Points, a waste recycling and social benefit venture based in Lagos, said the initiative will empower the coastal communities and provide input for some of the over 40 recycling companies in Lagos.

The Chief Executive Officer of Bonnie Bio Nigeria, Mr. Lanre Adesida, said the company was proud to partner with the Sterling One Foundation and Nigerians on such a timely and environmentally impactful project due to the environmentally friendly nature of the multi-city beach cleanup exercise.

He said his company’s products were made from natural corn and vegetable ingredients with no chemical additives to ensure non-toxicity and allow for complete composting and biodegradability sequel to use. 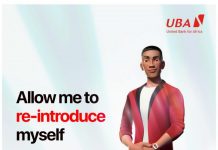 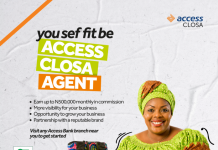 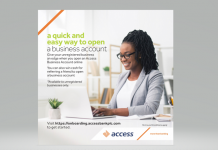