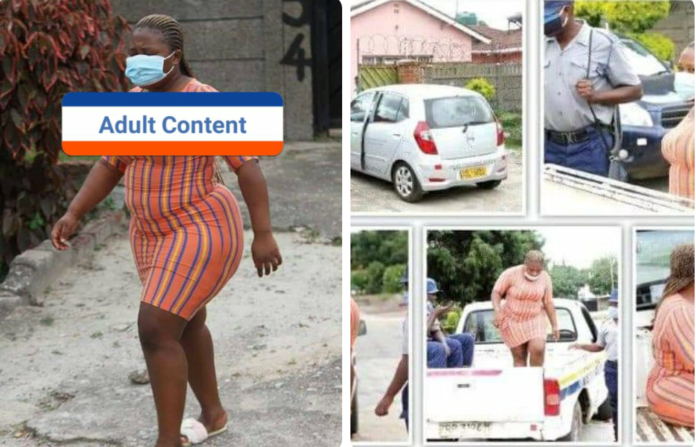 A GREENDALE woman was on Tuesday arrested after she was caught having sex with a 13-year-old boy at the latter’s parents’ home in Houghton Park. ­

The unidentified woman was quick to defend herself to arresting police officers by showing them condoms, saying they had had protected sex.

“­The Zimbabwe Republic Police would like to confirm the arrest of a woman alleged to have been caught having sex with a minor in Houghton Park,” said Ass Comm Nyathi.

“Investigations with a view to get to the bottom of the case have since begun and details will be released in due course,” he said.

In an interview, the yet to-be-identified woman told H-Metro that the minor was the one who phoned her for sex at his parents’ house.

“We had protected sex and I do not see any reason why I can be treated like a thief or robber,” she said while being led to a police vehicle. ­

The minor’s mother was reported to have returned home and caught the boy being sexually abused by the woman believed to be a sex worker. ­

The woman was taken to Waterfalls Police Station where she was detained.

How Bukola died – Man whose ‘lover’ reportedly died from sex...