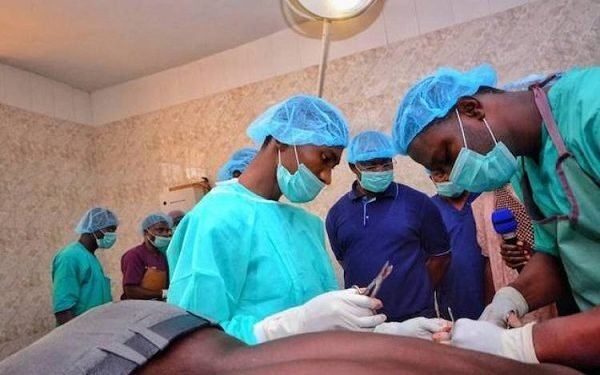 Hospitals owned by the Ondo State Government have been shut down owing to the strike embarked on by the Nigerian Union of Allied Health Professionals (NUAHP).

Doctors and nurses in the employ of the government have been on strike since last month over payment of half salary for November and December 2020 and other sundry issues.

The Chairman of the union, Prince Adedire Adeyinka, told reporters in Akure that the union has withdrawn services from state-owned health care facilities, hospitals and health centres.

Adeyinka said his members were finding it difficult to fortify their immune system against the ravaging pandemic and other epidemic diseases such as Lassa Fever and COVID-19 pandemic.

He said members of the union would no longer accept percentage salaries being paid by the state government, adding that they were always at their duty post 24 hours on a daily basis with call duties inclusive at a time other government workers were told to work from home.

Adeyinka lamented the nonchalant attitude of the government, which he said neither called nor invited the union to any meeting despite the first 15-day ultimatum and another three days notice of withdrawal of services.

Said he:  “The union, via a letter dated February 11, 2020 gave the government a 15-day ultimatum to settle the balance of 50 per cent of November salary, arrears of salary (December 2020 and January 2021), not forgetting the previous year’s outstanding salaries.

“Payment of outstanding two months Covid-19 special allowances as agreed in May 2020.

“It has got to the extent that health workers can no longer transport themselves to their places of postings where their services are rendered.”