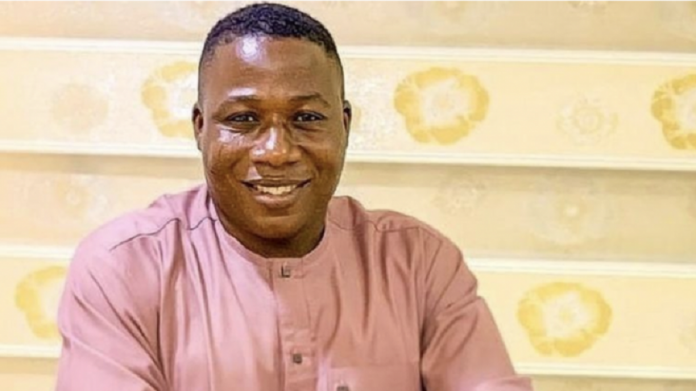 The Nigerian Government has disclosed that it will appeal a court judgment in Oyo State that ordered the FG to award the sum of N20 billion to Sunday Igboho for damages done during a raid in his home.

This was disclosed by the Attorney-General of the Federation (AGF), Mr Abubakar Malami (SAN), in an interview with the News Agency of Nigeria (NAN) in Abuja on Friday.

Malami revealed that the FG has commenced efforts to appeal the judgment.

The AGF added that there was no evidence before the court that the blood seen in the premises of the raid belonged to a human being and urged the court to disregard the exhibits and dismiss the entire suit.

The report also added that Counsel to the DSS, Mr T. A. Nurudeen, aligned with the submission made by the counsel to AGF, stating that “there must be proof from a haematologist to show that the blood seen in the video belonged to a human being.”

Sunday Igboho has been having a running battle with the Federal Government over his agitation for the declaration of a Yoruba nation.

His home at Soka, Ibadan, Oyo State, Nigeria, was invaded by men from DSS at about 1:30 am on July 1, 2021, leading to the arrest of 12 of his aides with 2 casualties reported, while Igboho managed to escape arrest.

Following the raid, Igboho sued the Federal Government and demanded damages, asking the court to order the respondents to jointly pay him the sum of N500 million as special damages for the damage done to his house and car.

He also demanded another N500 million for the exemplary and aggravated damages of breaching his fundamental rights with the malicious invasion of his house.

Report had earlier that an Oyo State High Court ordered the Federal Government to pay Igboho, the sum of N20 billion for exemplary and aggravated damages against the activist during the invasion of his house by the Department of State Service (DSS).

Justice Ladiran Akintola of Oyo State High Court declared that the raid conducted by the DSS on Igboho’s residence was illegal, describing it as arbitrary aggression and prejudice against the activist.

SALE OF 2022 UTME/DE YET TO COMMENCE, SAYS JAMB