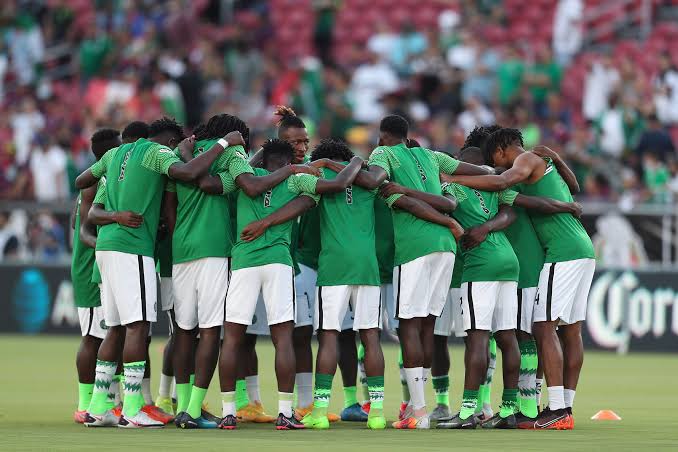 The Super Eagles of Nigeria has apologised to millions of football lovers and their fellow citizens after failing to qualify for the 2022 Federation of International Football Associations (FIFA) World Cup scheduled to hold in Qatar.

Super Eagles said that the failure to qualify the nation for the tournament should not be placed on anyone but on the team and that they accept all the faults as a group.

They assured Nigerians of the team’s desire to bounce back when a new challenge to qualify the country for the 2023 Africa Cup of Nations commences.

The apology was contained in a letter signed by the team’s vice-captain, William Troost-Ekong, who cancelled out Thomas Partey’s opening goal from the penalty spot, on Wednesday.

Troost-Ekong’s effort, meanwhile, was not enough for the Nigerian team to book a place in the tournament after they were held to a goalless draw in Kumasi last Friday.

Augustine Eguavoen’s men lost to Ghana on away goals after they settled for a 1-1 draw at the Moshood Abiola National Stadium yesterday.

Following the disappointing result, the Watford star penned a remorseful message to the country and described Super Eagles inability to qualify as a bitter pill for everyone on the team to swallow.

The apology letter released through his personal social media handle reads: “To all Nigerians, on behalf of the team, we want to apologise for not securing the World Cup ticket.

“Despite giving it everything possible, it wasn’t meant to be. First and foremost, as Nigerians, we share your emotions and we take our responsibility as a group.

“We sincerely thank the Nigerian fans for their overwhelming support, the NFF President who did everything possible to make the qualification happen, and of course the Minister. A bitter pill to swallow but believe me we will be back better and stronger!”

The Super Eagles’ failure to qualify for the quadrennial tournament angered fans who took matters into their own hands at the end of the match as they destroyed stadium facilities, attacked officials and Ghana players.

Meanwhile, Ghana joined Morocco, Cameroon, Tunisia, and Senegal as African representatives for the 2022 World Cup that will kick off in November.