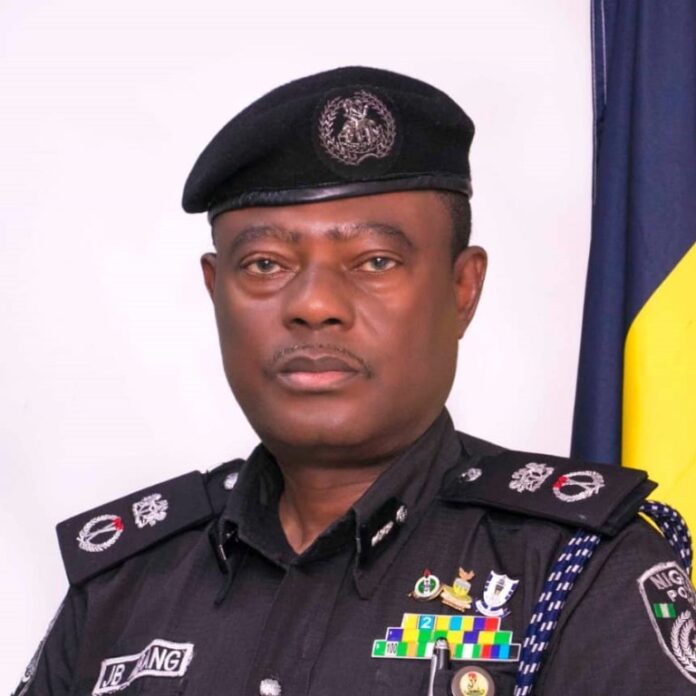 In what initially started as a peaceful protests against alleged Police brutality, which has attracted both national and international attention, a swift response has been gotten from the Inspector-General of Police, IGP, Mohammed Abubakar Adamu. This led to the disbandment of the Special Anti-Robbery Squad (SARS), as well as taking other positive steps, to address the matter in order to avert a breakdown of law and order.

But, despite frantic efforts by the government to address the matter amicably, all of a sudden, hoodlums–in Anambra, like in other States–hijacked the protests, launching vicious and ‘murderous’ attacks on police personnel and their facilities, on the night of 21st October 2020, in Nnewi, through to the evening of 24th October 2020 in Uli.

Tragically, at the end of these callous attacks, four Police officers including the Divisional Police Officer (DPO), Osumenyi Division, CSP Akpan Joseph, ASP Agu Micheal, the Station Officer (SO), Osumenyi Division and a young PC Udegbunam Sunday Celestine, were all sent to the great beyond by these blood-thirsty hoodlums, while they also left many others injured. In their state of desperation, they also murdered and beheaded Insp John Oche, attached to the Command Anti- Cult Unit, burnt his body to ashes and his head paraded on the streets in Ogidi area.

Aside human loss, 12 Police formations were completely razed down, seven Divisional Police Stations vandalized, two Armoured Personnel Carriers (APCs) were damaged beyond repairs, while 27 Police vehicles, along with personal and exhibits vehicles were burnt completely.The degree of the carnage makes one to wonder what the offence of the Police could have been.

In the wake of those coordinated attacks, some patriotic youths, traditional/community leaders, vigilante groups and other residents of Anambra State join the police in the defence of various police formations, due to robust synergy with the Command and other law enforcement agencies, which has greatly helped in calming down the situation and averted further attacks by the hoodlums in the State.

Following the unfortunate incidents, our pragmatic and visionary Commissioner of Police John B. Abang, visited different Police Stations burnt and vandalized during the #ENDSARS protests, for an on-the-spot assessment. Abang, who inspected the levels of destruction done to those facilities, also held interactive discussions with police officers of the affected formations, and sympathized with them on behalf of IGP Adamu.

He encouraged them to overcome the tragedies and focus on their constitutional duties. While reconstruction works was ongoing at the affected areas, temporary operational bases were set up immediately by the Command and our policemen returned to regular operations in the State, despite the setbacks encountered during the protests.

Furthermore, the Command carried out threat analysis and intelligence gathering throughout the State in order to stem the tide of crimes. This was followed by the aggressive
deployment of police operatives, which also includes aerial surveillance, patrols and traffic control, aimed at ensuring that “Ndi Anambra” and other residents alike are adequately protected and secured, taking into cognizance blackspots and vulnerable areas such as Nkpor roundabout, Upper Iweka Axis, Idemili, Owerri road, Onitsha, Enugu Agidi road, Nnobi junction, Ifite Okpuno and other flashpoints.

However, in order to further reassure and restore public confidence in the State, the Command under the watch of CP John Abang, embarked on aggressive confidence building, through awareness campaign and visitation by the Command Public Relations unit.

The aim is to build public confidence and reassure them that Police has occupied the public space in compliance with IGP’s directive, and to confirm that operations have resumed fully in Anambra State.

This will further serve as deterrence and also sent a strong message to the criminal elements that it cannot be business as usual and that the Command will deny them any opportunity to perpetrate crime in the State. It would also ensure the safety and security of all citizens, before during and after the Christmas, and new year celebrations.

Consequently, on the 12 of November, the Governor of Anambra State, Chief Willie Obiano paid a visit to our Anambra State Police Command Headquarters, in Awka, to commiserate with the Command over the unfortunate attacks, killing of four police officers and injuring fifteen others during the protest.The Governor condoled the families of four slain officers, the injured and those whose personal properties were destroyed during the protests.

He equally presented a welfare package of 2 Million Naira each to families of four deceased Police officers who paid the supreme price during the unfortunate incident, and a cash gift of #250,000 each to fifteen officers injured during the crisis in addition to shouldering their medical expenses.

in his usual tradition of rewarding selfless service, the governor also presented cash reward to selected officers and their personnel who defended their facilities despite the attacks and also made concerted efforts to manage the crisis.

The Governor equally unveiled the ‘New Command Rapid Response Squad’ and donated thirteen vehicles, comprising ten Hilux and three IVM IKENGA, fortified with security gadgets to boost police operations in the State. Since their commissioning, the Command Rapid Response Squad is making so many breakthrough, by drastically reducing heinous crimes such as armed robbery, car snatching and cult-related killings in the State.

Nevertheless, as part of their social responsibilities of promoting safety and security, some business tycoons and other well meaning individuals in the State have commenced the reconstruction of the destroyed facilities at Nbewi, Oraifite, Ukpor and Isiowulu, among other communities in the State.

More volunteers are still showing interest to undertake reconstruction of other facilities destroyed during the attacks. One major factor responsible for the overall successes recorded by the Command was the support of the good people of Anambra State, who were very cooperative with the security agencies, as well as the robust inter-agency collaboration, achieved through community policing. 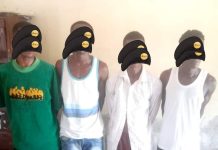 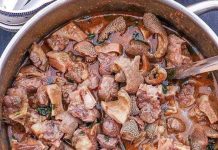 I LOOK FORWARD TO ENSURING THAT OUR COUNTRY BECOMES ONE THAT...