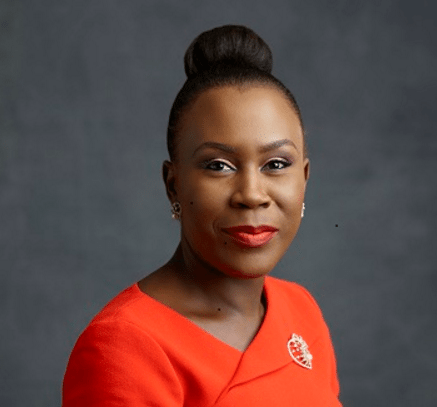 Tara remains a force in the industry and an inspiration to other budding entrepreneurs.

House of Tara is a name many in Nigeria’s beauty industry grew up to know as a force. Indeed, the story of the revolution of Nigeria’s beauty and cosmetic industry will not be complete without the name Tara Fela-Durotoye, creator of the Tara Orekelewa Beauty range, and founder of House of Tara International.

Influenced by charismatic women from childhood

Tara developed an early interest in fashion right from childhood. Her Togolese step-mom was a very fashionable woman, and Tara caught more than a passing interest in her beauty routine. She loved sitting to watch her apply makeup. Much later, she was inspired by another step-mother (Nigerian) who “loved beauty and fashion and loved to mentor other women.”

“She was a fantastic woman, very fashionable, so when you looked at her dressing table she had make-up products, she would paint her face in the morning, she never missed her hairdressing appointment, her nail polish was always perfect. I grew up seeing her adorn herself and I liked looking at her through all that process. I didn’t know that a seed was being sown in my heart,” Tara later said in an interview.

Tara also met and interacted with her mother, who she described as “very industrious and good at nurturing relationships.” She equally learnt a lot from her mother’s relationships with other women.

Converting a hobby into a business

After completing her secondary education at Nigeria Navy Secondary school, Ojo, Tara arranged to have a one-year stint with a perfume store in Lagos where cosmetic products were also sold. In this environment, she saw “how women responded to make-up” and had the opportunity to try out her hands on the craft. It was at this time that Tara got fully sucked into the beauty world, like a child addicted to a computer game.

By the time she entered the Lagos State University as a law undergraduate, she had developed her expertise in makeup to the point that people were ready to pay for it.

Then finally, the hobby became a potential business idea. At the age of 20, while still a law undergraduate at the Lagos State University, Tara started the House of Tara with the sum of N15,000. Up till then, she had not gotten formal training in make-up artistry, but she would later get training at Charles Fox.

She had gotten her interest in business piqued in secondary school when a businessman in the advertising sector came to address the students about entrepreneurship. His speech was enthralling enough to get Tara interested in becoming an entrepreneur.

As one of the firsts in an industry that many did not even recognise to be one, Tara had fresh grounds to break. People loved makeup, but not many thought it was a service they should be paying for. “Before then, it was the norm for brides to get their mothers or aunts to apply makeup on their face at no cost. It was quite difficult to convince them that the same service was worth paying for, but with time we broke through,” Tara recalled.

“I remember seeking a bank loan and the response I got suggested that I was crazy to consider getting a loan for a business that was not in oil and gas. But the situation is very different today, because everyone now realises that the beauty industry is oil and gas, and every woman wants to look beautiful,” she said in an interview.

From Bridal makeup, House of Tara began to expand its clientele, and along with it came a gradual realisation that what was hitherto a hobby, could become a really big deal. “I was simply doing what I enjoyed – making women beautiful and slowly, it dawned on me that this was a big deal, and it could go far beyond a few random weddings and become a pioneering movement. I haven’t looked back ever since,” she later said.

After graduation, some people would have expected Tara to finally let go of the ‘beauty thing’ and settle into a respectable profession as a young lawyer, but she was having none of that. She was ready to personally chisel her way down a path that had never been taken in Nigeria. She became the first to launch a bridal directory in Nigeria in 1999, and later, an international make-up studio in Nigeria.

Setting up a make-up studio in a high-brow area straight out of school, also put Tara in a vantage position to take on celebrity clients, and improved her confidence in her hobby-driven business. She came to the limelight when she was featured in the Ovation Magazine as the make-up artist for Jumobi Adegbesan’s wedding to Richard Mofe-Damijo.

House of Tara will go down in history as a company with a lot of firsts, key among which is ‘Be Inspired’ Nigeria’s first home-grown fragrance, and Orekelewa, a make-up line. Though a lot has been achieved over the years, Tara prides herself more in the number of people that have been directly impacted and empowered.

Speaking about her drive, Tara said that a major motivator for her was “Creating a business that impacts and generates income, developing micro-entrepreneurs who will grow their business and employ more people so as to make the Nigerian economy better.”

With hundreds of full-time employees across about 40 stores in Nigeria, over 3000 independent sales representatives across the country and over 1500 graduates from the make-up school who have gone on to work for international cosmetics brands, or have started their own beauty business or beauty blogging, Tara has lived up to the title of an “industry enabler.”

She has empowered tens of thousands of beauty entrepreneurs through the “Tara Beauty Entrepreneur” initiative and remains a force in the industry and an inspiration to other budding entrepreneurs.

Tara made the Forbes list of 20 Young Power Women in Africa in 2013 and was also nominated as a Young Global Leader by the World Economic Forum.

HOW CUSTOMERS’ INCREASED TRUST IN FIRSTBANK’S *894# USSD BANKING CAN BOOST...