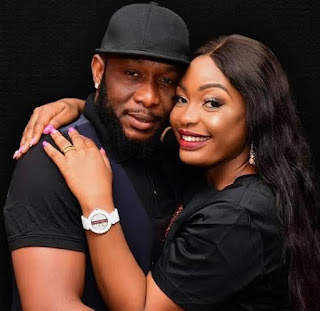 News reaching Fame News has it that the second marriage of Nollywood actor and Director, Tchidi Chikere and fellow actor, Nuella Njubigbo has crashed.

Announcing the crash himself while reacting to fellow actor and encouraging him, Yul Edochie, Tchidi spilled the beans in response to a chat make by a follower who took a swipe at him over his failed marriages.

Tchidi had taken to his Social Media to support Yul’s second marriage saying, “Yul. Yuletide.. ODOGWU, the Tidal, most of the men and women criticizing you are WORSE IN ORIVATE, WITH THIS WORLD FULL WITH HYPOCRITES.

The follower, @itsitohowo responded by saying, See madness nah… he is still better than u…atleast he stayed with woman for 17years..you couldn’t even keep one woman for 2weeks! Retard.

In his response, Tchidi Chikere tutored @itsitohowo on what transpired between himself and his former wives, Sophia Williams and Nuella Njubigbo, as according to him, “MY FIRST MARRIAGE LASTED 11YRS.

MY SECOND LASTED 7YEARS … Until she took her things and sneaked out of the house.
He says some women think they run the world because men don’t talk and that one day, very soon, he would talk if it is necessary.