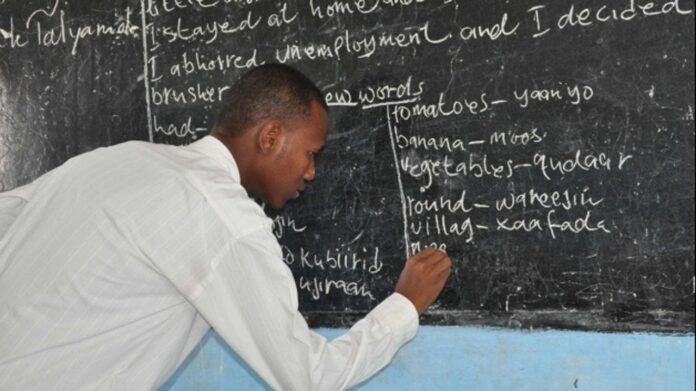 THE goodies promised teachers in the country by President Muhammadu Buhari during the celebration of last year’s Teachers’ Day on October 5 may take a long time to implement, as bureaucracy is stalling the process of getting the policies gazetted, check by reporters Learning has revealed.

Findings by journalist showed that it may take up to March before the entire documentation is completed, even as the National Council on Establishment met a couple of weeks ago on the matter.

This is coming on the heels of the fear that some state governments are unwilling to buy into the idea of a special salary scale for teachers, citing financial constraints and that the Federal Government cannot dictate to them on education-related matters.

It was gathered that the Federal Ministry of Education and the Office of Head of Service of the Federation have started meeting on how to work out the details of the approvals. Also, the Tertiary Education Trust Fund, TETfund, has been written on the payment of Teaching Practice Allowances to lecturers and students on TP.

However, teachers under the aegis of the Nigeria Union of Teachers, NUT, are watching the situation closely and are keen on getting the policies and other goodies implemented.

Speaking on the matter, the National General Secretary of the NUT, Dr Mike Ene, told reporter Learning that everything necessary would be done to ensure implementation.

“We have come a long way in our agitation for the TSS and other policies intended to make teaching really professional and attractive to the best brains. When pronouncements are made, people will start jubilating, but some people have to make the pronouncements become realities.

“As we talk, The Presidency has directed the Salaries and Wages Commission, the Ministries of Finance, Justice and Education to join hands and ensure it becomes effective. We were represented during the meeting of the National Council on Establishment and the issue was discussed.

“Relevant Ministries, Departments and Agencies are now working on the issue. The bureaucracy aspect has to be dealt with before it will become a policy of the government,” he stated.

Asked whether the poor state of the economy would allow the implementation without fail, Ene noted that if priority is given it, finance could not stop it.

“Most of the things to be done are policy matters like retirement age, teaching practice enhanced payment. It is a question of having the will to do these things.

There is no reason state governments won’t be able to cope, heads of service from states were at the National Council on Establishment meeting where the issue was discussed,” he said.

Recall that during the Teachers’ Day event,   Buhari, represented by the Education Minister, Malam Adamu Adamu, announced a number of incentives for teachers.

If implemented, a graduate teacher could join the civil service at TSS Grade Level 10 and earn over N300,000 monthly.

CBA FOUNDATION TAKES INTERVENTION AMONG UNDERPRIVILEGED WIDOWS TO THE NEXT LEVEL,...

SENATORS ADVOCATING BUHARI’S IMPEACHMENT NOT SERIOUS ABOUT IT – SENATE