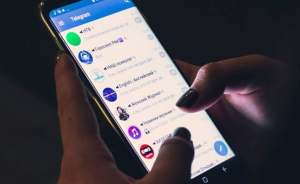 Announcing the new feat, Pavel Durov, the founder and CEO of Telegram said; “In the first week of January, Telegram surpassed 500 million monthly active users. After that it kept growing: 25 million new users joined Telegram in the last 72 hours alone.

“This is a significant increase compared to last year, when 1.5M new users signed up every day. We’ve had surges of downloads before, throughout our 7-year history of protecting user privacy. But this time is different.”

Not so. WhatsApp still feels like a haven for typical Nigerians and Africans. The reason for this might be attributed to the fact that most Nigerian/African internet users do not care about there user privacy. This may be probably due to the absence of awareness of how such could affect them.

Durov giving a breakdown of the accumulated new users noted; “These new users came from across the globe – 38% from Asia, 27% from Europe, 21% from Latin America and 8% from MENA.”

Telegram and WhatsApp both promise users end-to-end encryption o their chat but the new privacy policy update recently published by WhatsApp is interpreted by many users to mean the Facebook-owned platform will leak their data its parent company.

WhatsApp has however disputed the claim while reiterating its commitment to user’s privacy.

“Instead, this update includes changes related to messaging a business on WhatsApp, which is optional, and provides further transparency about how we collect and use data.”

Likewise, Will Cathcart, head of WhatsApp and Facebook also rushing to the defence seat had earlier posted on Twitter; “With end-to-end encryption, we cannot see your private chats or calls and neither can Facebook. We’re committed to this technology and committed to defending it globally.”

Your keyboard is spying on you

As observed by some tech experts, leaked WhatsApp info used by Facebook and other third-parties might not have directly originated from WhatsApp itself.

In 2017, a virtual keyboard, AI.type was reported to have harvested personal data of over 31 million users. Likewise, GO Keyboard was also investigated in 2017 for intrusive ads and was found to be collecting extensive user data including Google account information.

WhatsApp was considered safe until it was acquired by Facebook in 2014 for $19 billion. The worry over this acquisition is that Facebook might want to use user’s data to drive its Ads-targeting across its platforms including Instagram.

Telegram at present is considered safe but such might change in the future if it gets acquired by a Facebook-like platform.

Likewise, its integration of payment system is another thing users should worry about as this will require some handshake with an external API. The deployment method can belay such fear thou.

For instance, in 2013, a bug (now fixed) was discovered in Telegram cryptographic protocol. The bug allowed Telegram servers to perform an undetected Person-in-the-Middle attack