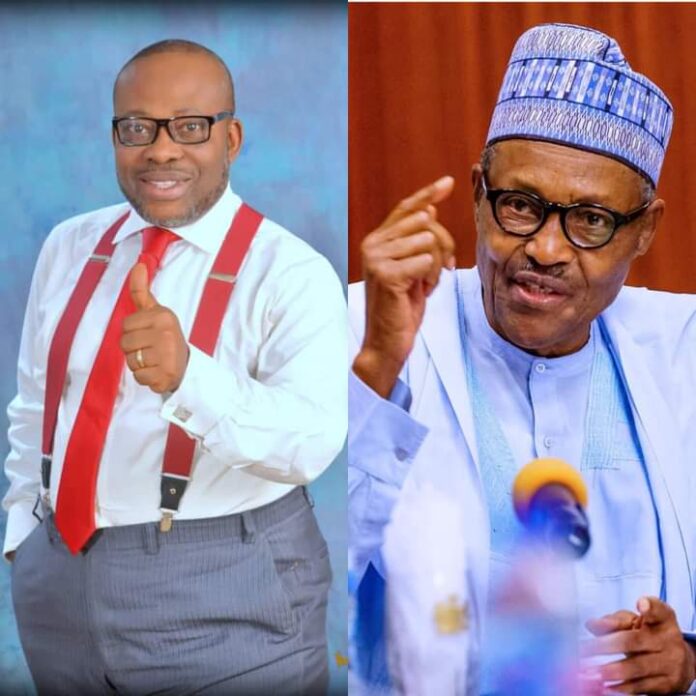 The nation was jolted recently when Nigerian Communication Commission rolled out new measures for mobile phone SIM users which include compulsory update of their SIMS with valid National Identification Number. The Commission took the following decisions and insisted that it should be implemented by all Network Operators. They are:

A Ministerial Task force comprising the Minister of Communication and Digital Economy and the Chief Operating Officers of the various Telecom Companies and others stakeholders were mandated to ensure compliance.

While millions of Nigerians were shocked and moaning at this inconsiderate policy, Monday Ubani, former second vice president of Nigeria Bar Association (NBA) took a more proactive and practicable step by suing the Federal Government (FG), the Attorney General of the Federation (AGF), Nigeria Communication Commission (NCC) and the Minister of Communications and Digital Economy over the two weeks ultimatum given to telecommunication operators to deregister all Subscriber Identification Modules (SIM) cards, not registered with National Identity Number (NIN)

In the suit filed at the federal High Court, Lagos Judicial Division, Mr Ubani sought to enforce his fundamental rights in the origination summons, brought pursuant to Section 44(1), 39(1)(2) and 33(1) of the Constitution of the Federal Republic of Nigeria, 1999 as amended and under the inherent jurisdiction of the court as preserved by section 6 of the 1999 constitution as amended.

While calling for an order of the honorable court to halt the said two weeks ultimatum given by the Respondents to telecommunication operators to block all SIM Cards, the lawyer also called for an order directing the respondents to extend the deadline for the registration of SIM Cards with NIN for at least one year or to such period of time as the court may consider reasonable.

When the suit was announced as having been filed , the Ministry of Communication and Digital Economy came on air to announce that the deadline has been extended to 9th of February, 2021. People were of the general opinion that the extension is laughable as it still did not address the issue of threat to fundamental rights of citizens of the country by the brazen deadline.

The truth of the matter is this, if between 2012 and now, the country is only able to register about 56 million Nigerians, one is clearly at a loss on how the same country will perform the magic of registering about 70 million subscribers within a period of 4 months, which is between January and April, 2021(there is a further extension to 6th of April, 2021).

The Applicant, Mr Ubani is undeterred insisting that whether December last year or April, 2021 his fundamental rights to property, life, freedom of expression are likely to be infringed upon by the illogical deadline announced by the stakeholders in the telecom industry and insist on the intervention of the court to protect his rights.

Recent chaotic scenes at NIMC registration centres across the country demonstrate the lack of wisdom in insisting on the said earlier or later deadline as the situation on ground depicts flagrant non-adherence to the simple social distancing protocols as established by the National Taskforce on Covid 19 pandemic, thereby endangering lives.

The case came up before the Federal High Court on the 1st of January, 2021 when the Applicant’s counsel Mr Joseph Igwe, having satisfied the court that all the Respondents have been served since December, 2020 was asked to move his client’s application which he did and the matter was adjourned to 2nd of February for judgement.

However, one of the Respondents suddenly woke up from slumber and rushed to court on that date slated for judgment to plead that they be allowed to come in in order to argue that the Applicant has no locus standi and has not complied with Pre-action notice as required by the NCC Act.

The court was magnanimous enough to accommodate their belated processes but warned that all parties must be served timeously, while Mr Ubani, the applicant was mandated to respond to the preliminary objection within 48 hours. Hearing and judgement of the case has been fixed for Monday, the 8th of February, 2021.

The nation awaits with baited breath, the pronouncement of the court on this important fundamental human rights case that will affect millions of Nigerians.

LAGOS SPEAKER MUDASHIRU OBASA’S OTHER SIDE