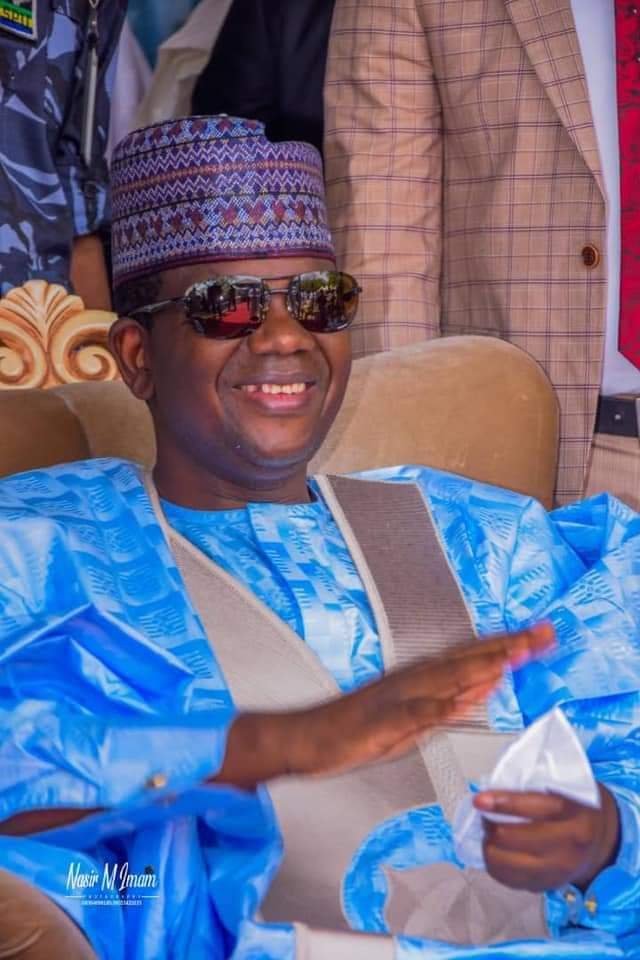 A recent report by the Kaduna based weekly paper, the Desert Herald revealed how Sheikh Dr Ahmad Mahmood Gummi met with the British High Commissioner in Nigeria, Her Excellency, Catriona Laing where they discussed the issue of insecurity in the North Western Nigeria. The report said the duo agreed that kinetic approach is not singly the solution to the problem but must involve also the non kinetic method.

The report, obviously drafted to promote the drive by Sheikh Dr Gummi in his bid to add value to the fight against the menace of banditry, fell short of objectivity as it uncunningly singled out and accused the Zamfara State Governor, Dr Bello Mohammed (Matawallen Maradun, Shattiman Sakkwato) over the recent escalation of banditry attack in his state.

Surprisingly, the accusation by Desert Herald unwittingly centered on the Governor’s own baby, which is the peace process, an initiative by Governor Matawalle which Gummi himself, publicly and openly commended the Governor for implementing.

But the report falsely accused Governor Matawalle of abandoning his baby which it said culminated in the recent escalation of attacks in some communities in the state. It also accused the Governor of failure to fulfill promises earlier made.

We do not know whose bidding the medium is now doing, but the world knows that His Excellency Governor Matawalle had not abandoned his pet approach to solving the problem of banditry in the state and has at no point in time announced his withdrawal from the peace accords.

In fact, the proprietor of Desert Herald, Tukur Mamu, was on the team of Sheikh Gummi when he visited Zamfara state, (just as he was reported to be on the same team when it visited the British High Commissioner), hence, we wonder why the medium would now report something opposite to what it witnessed.

A subtle attempt was also made to put words in the mouth of the revered Sheikh. But at no point in time did the Sheikh accused Governor Matawalle of not upholding his advise and recommendations made after his visit to the state.

In fact, Dr Bello Mohammed made it clear that the visit was a challenge to our Clerics in the state and has since taken the advises proffered by the Sheikh very seriously.

For the avoidance of doubt, Governor Matawalle initiated the peace process in the state against all odds and has recorded tremendous success which culminated into the peace enjoyed in the state in the last two years. He has neither abandoned the process nor intend to abandon it.

Similarly, the administration of Governor Matawalle has been doing all that is possible to fulfill its promises contained in the peace agreement which include the building of Rugga (which is now 90% completed) the amnesty to those who surrender their weapons and abandon banditry and the provision of basic infrastructure in the rural areas.

The recent upsurge in violence on some communities in the state is related to other variables which the Government is tackling head-on and has resulted in the suspension of two first class Emirs in the state.

The public is therefore enjoined to disregard the report in question and continue to have faith in the administration of Dr Bello Mohammed to find durable and workable ways of ending banditry in the state. This however, calls for the cooperation of all stake holders to make it succeed.