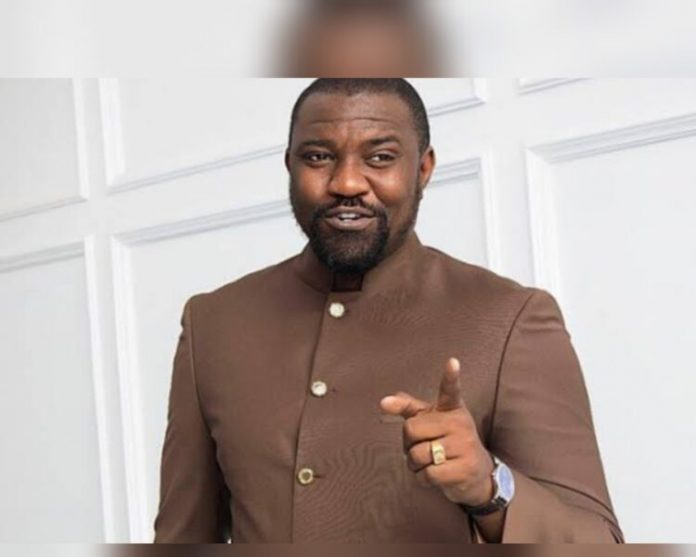 Recall, report gathered that the Nigerian team played out a 1-1 draw against the Black Stars of Ghana in Abuja on Tuesday night after a goalless draw in Accra on Friday, which meant that the Ghanaians qualified ahead of them on away goal advantage.

Celebrating his country’s qualification in a post on his verified Facebook page on Wednesday, Dumelo who had promised to walk barefoot from Accra to Lagos if Super Eagles defeat Ghana, said he had informed his countrymen that the Nigerian team were Super Chickens.

“I told you they were Super CHICKENS!!!! Congrats black stars!!!,” he declared.

Dumelo had on Thursday, ahead of the first leg of the encounter between the two West African rivals at the Baba Yara Stadium, Accra, said he would trek from the Ghana’s Capital to Lagos if Super Eagles defeat Black Stars.

“There’s no way Nigeria will win today’s match. If they do, I, John Setor Dumelo, will walk barefoot from Accra to Lagos tomorrow morning with my ginger on my head. Super Eagles my foot,” he had said on via his Instagram page.

On Tuesday at the Moshood Abiola Stadium, Abuja, Ghana opened scoring on the 10th minute of play from Arsenal’s defender, Thomas Partey to silence the capacity-filled stadium.

Gideon Mensah pulled the ball back for Partey on the edge of the box, and he beat the keeper with a fine strike into the bottom left corner.

Troost-Ekong buried the ball low into the right of the net, giving goalkeeper Joe Wollacott no chance.

Despite dominating possession and had 20 goal attempts, with Ghana’s six, the Eagles could not score the winning goal.

The Nigerian side had five shots on goal, while Ghana scored with its only shot on goal.

Ghana has thus qualified for the biggest football showpiece on earth at the expense of Nigeria,