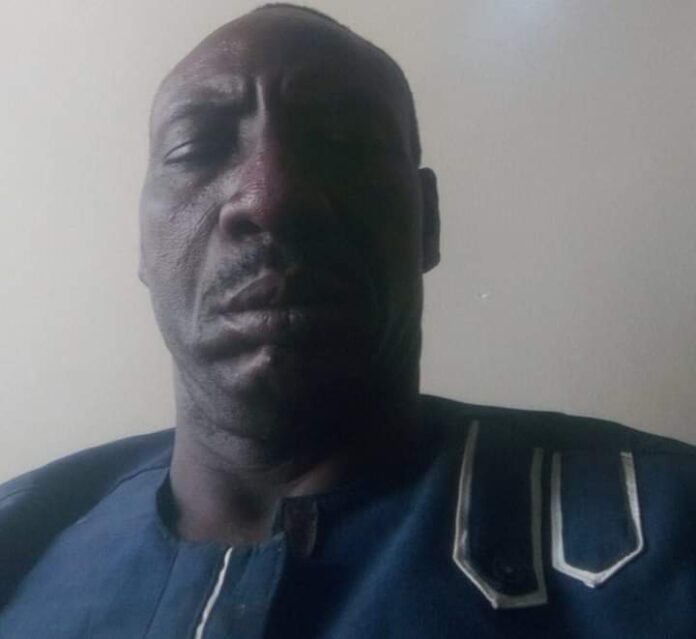 It all began when he was transferred to Ningi, one of the 10 community radio stations of BRC.

He said: “The letter was given to me on a Thursday. I was driving to Ningi on Friday when I developed severe headache. I stopped and entered one house and begged them to rest for some moment before continuing my journey.

Kurba said after sleeping for hours, his host knocked but when no answer came, he pushed the door and saw him on the floor.

He was rushed to Abubakar Tafawa Balewa Teaching Hospital, Bauchi, and diagnosed with hypertension.

“I knew that I had high sugar level but I never experienced high blood pressure in my life. I was the manager in Ningi before I was transferred to Alkaleri. The people of Ningi came to BRC headquarters in Bauchi, requesting that management should retain me in Ningi.

“I received awards when I was manager of Ningi station, from the local government, and a productivity award from the state government. I also built two offices in Ningi and Alkaleri,” he added.

Kurba’s life took a dramatic turn after he suffered stroke.

His lamentation: “Three of my wives abandoned me for months. That is why I am begging relations and friends not to marry Hausa women. I come from the same village with them but they decided to run away and left me with my children.”

His first, second and third wives gave him six, five and five children in that order, while his fourth wife did not bear children for him.

“My fourth wife, who happens to be a Yoruba woman, is the only one who cared about me since my predicament, giving me food in the morning, in the afternoon and in the night. She even fed my children. She didn’t run away like the other three.”

He said, at a point, his eldest son was the one cooking meals and bathing him when his fourth wife was not at home. Kurba, however, said his runaway wives have returned one after the other after, and as a devout Muslim, he welcomed them.

“Even up till today, none of them is bathing me. I don’t know the reason they left but I usually provide food for them because my salary is for food,” he said.

Kurba’s misery was compounded by the sudden death of his elder brother, also a journalist, who worked with Radio France. He died of a heart attack.

“My brother was invited by Governor Bala Mohammed to meet him in Abuja. He went, expecting to see the governor that day but could not, so he returned home. He died later that day in his house. He was seated in his parlour when he had a heart attack and died,” he said.

His late elder brother had two wives and 10 children and Kurba said it is by God’s grace that they are surviving, both his family and the family of his late brother.

“The only thing I earn is my salary. I have four wives and 16 children. To feed my family is difficult and no way to go out and find another means of livelihood. The salary is not much because of the salary scale of Bauchi State. The minimum wage is not what we are expecting.” he said.

Kulba is appealing to Governor Bala Mohammed to come to his aid.

“I have tried to meet the governor through the Senior Special Assistant on media and the NUJ chairman but it has been possible.

“I heard there is a hospital in Kaduna that can treat me better, to fully recover. But I have no money to sponsor my treatment and nobody is making a case for me,” the veteran journalist said.

Kurba, who also held the position of media officer of Wikki Tourists Football Club and secretary of Giade Local Government Area, among other positions, said life is almost meaningless.

According to him, “Some pretend to be friends but they are not. They are, in fact, enemies. When you are healthy, people will consider you because you are working for them but when you are helpless nobody will think of you.

“In the Ministry of Youths and the Sports Council, I was a well-known reporter, but nobody there has helped so far since I became sick. I learned so many lessons. A lot of my friends and even relations have run away from me.

Kurba is nevertheless grateful to colleagues and friends who stood by him.

“The NUJ came to my house and gave me food and money during their week; the same thing with SWAN, because I am the vice chairman. BRC came once and gave me N20,000 for foodstuff. Then Hameed Dalthatu was the manager. I also want to use this opportunity to thank BATV and the print media.

They visited me. But I am still expecting the BRC current management, led by Surajo Maji. You know the condition that BRC is now. People will think they will come and greet you when they have money. But this is God’s making,”

Kulba suffered another setback last month, as fire razed parts of his house.

He explained: “It was about 3am when we woke up to see fire, which affected four rooms and burnt down everything inside those rooms to ashes.

“My foodstuff, wives’ and children’s clothing and other things were consumed. I was preparing for my daughter’s wedding and we bought items but all were burnt to ashes. The wedding was supposed to be on February 27. But we have had to put it on hold for now. If you invite people now, where will they stay?

“I am appealing to the state government to help me because I heard they are going to assist victims of Bababa Plaza, which was razed by fire and so many shops were affected. Let me be part of those to be assisted because mine happened in the early morning of Thursday and theirs happened same day,”

Kurba said, but for the Fire Service of the Federal Polytechnic, Bauchi, his whole house would have been razed.

“I want to really thank them. I made a distress call to the state fire service but they could not come because they lacked firefighting equipment. I appeal to the governor to, please, assist them. If not for the one from the Federal Polytechnic, it would have been a different story,” he said.

Kurba hopes that the governor and other well-meaning Nigerians will not forget him in his current predicament.

“I laboured for 30 years and rose through the ranks to become a manager of Warji, Ningi, Misau FM stations, and later the media officer of Wikki Tourists FC.

“I pray that the state government would consider my sacrifices for the state, and help me. I usually attend physiotherapy but even transport fare to attend is difficult to come by. I don’t know if Governor Mohammed is aware of my predicament but he knows me, and my brother worked for him before he died,” Kurba said.

JUNE 12: REMEMBER THOSE WHO SACRIFICED FOR DEMOCRACY TINUBU URGE NIGERIANS

FULL TEXT OF BUHARI’S SPEECH AFTER SIGNING 2022 BUDGET INTO LAW,...