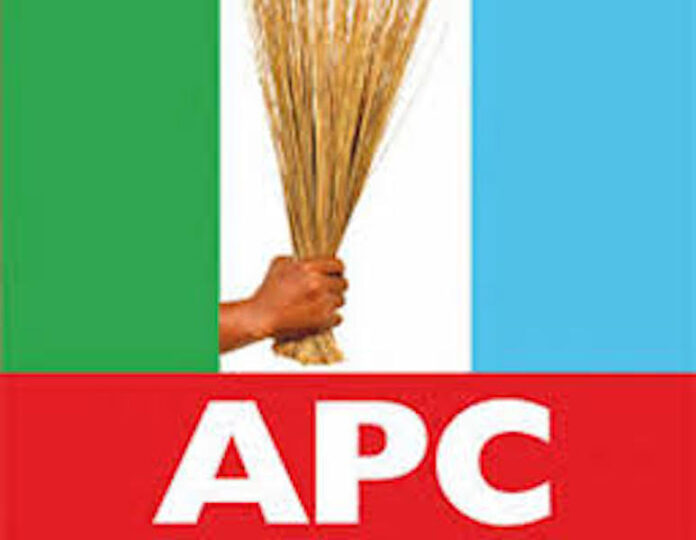 The National Chairman of the South West Agenda for 2023 (SWAGA), Senator Dayo Adeyeye, has called on the National Caretaker Committee Chairman of the All Progressives Congress (APC), Governor Mai Mala Buni, to place Ekiti State Governor, Dr. Kayode Fayemi on the watchlist of suspected disloyal members.

Adeyeye said this in reaction to Tuesday’s suspension of the APC ward 8 chairman in Ado Ekiti Council area, Mr. Clement Afolabi, for allegedly coordinating for SWAGA in his ward.

SWAGA is a political pressure group within the APC, rooting for Senator Ahmed Bola Tinubu as the party’s presidential candidate, come 2023 against Fayemi’s aspiration.

But the APC Director of Media and Senior Special Assistant to the Governor on Party Matters, Mr. Sam Oluwalana, exonerated the party at the state level and Fayemi of blame.

Oluwalana said the suspension slammed on Afolabi was undertaken at the ward level, which he said was vested with the power to try any erring member, adding that Fayemi and the APC at the state level never interfered in the crisis.

In a statement issued by SWAGA’s Media Manager, Mr. Gboyega Adeoye yesterday, Adeyeye described the political happenings in Ekiti State under the watch of Fayemi as “a theatre of the absurd by an evil intending vicious leader with mission to smash the eggs, kill the hen and put the entire poultry on fire.

“We think it is high time we began to get weary of some strange voices within. While we condemn the recent incisive and damaging statement of the Ekiti State governor on our party, we consider the save- face measure shoddily adopted in visiting undue punitive measure on Afolabi, who, purportedly, was showing support for the presidential choice of a top notch of the APC, a serious aberration.

“SWAGA is not unaware of the underground plots to frustrate the rising political profile of Tinubu in the South-west and indeed Nigeria, as the undisputable choice to bring stability into our fragile democracy and lift the nation economically.

“The ongoing attempt to plunder and decimate our party and then leave the carcass for us to contend with, is not hidden. This we shall resist for the efforts of the builders of this democracy and many other Nigerians, who have toiled in endurance and are waiting to reap the gains.

“While we condemn the lingering undemocratic approach of Fayemi to issues in recent times and insist on a call to order, we enjoin our party men and women across country, to feel free to identify with SWAGA. SWAGA is APC and APC is SWAGA.

There is no way a member can commit anti-party offence for favouring the presidential choice of a party man,” Adeyeye said.

“Fayemi should remember that 33 aspirants contested to be governor with him in APC in 2018 among whom he emerged the party’s flag-bearer.

All others returned as party members after the contest without a tag. So, this new development where the suspension of a caretaker chairman is being contemplated for allegedly supporting the choice of a leader in same party, is strange.”

Defending Fayemi and the party, Oluwalana added: “This was purely an internal crisis at the ward level. The APC is a party that respects the structures from the ward to national level. If you check your records, the former ward chairman was given a fair hearing, but he refused to make use of it.

“It was wrong and demeaning for Senators Dayo Adeyeye and Babafemi Ojudu, who are respectable members of our party to think that Governor Fayemi will descend so low to remove a ward chairman or do anything that will decimate our party.

“A member of House of Representatives , Hon Sola Fatoba, who is from Ado Ekiti and even our party at the state level have started wading into the matter and we expected the duo of Senators Adeyeye and Ojudu to toe the same path. They shouldn’t be stoking the crisis.”