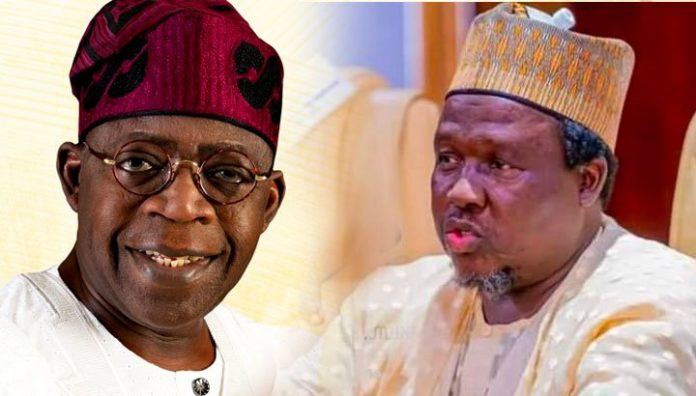 The All Progressives Congress (APC) presidential candidate, Bola Tinubu, is reported to have picked Kabiru Masari as his running mate for the 2023 elections.

This was made known by a chieftain of the party from Katsina state, Kabiru Faskari, during an interview on Channels Television’s Politics Today on Friday.

Faskari explained that picking Kabiru, who hails from Katsina State, does not violate the country’s laws as against the clamour for a Muslim/Christian APC ticket.

Speaking on a Channels TV, Faskari said; “Ibrahim Kabir Masari is our vice presidential nominee and he was the National Welfare Secretary of the APC under Comrade Adams Oshiomhole. He is a well-known politician”.

When Faskari was queried about the religious identity of Masari, he said, “Well, he qualifies as a veteran in terms of politics. He began as a member of the Peoples Democratic Party PDP. He is young and represents the youth. He is grounded in politics because he was even a national officer of the APC.

“He is quite close to the presidential candidate because he has been with him for a long time and I believe it is a very informed decision to put out his name”.

The APC’s decision follows the deadline given by INEC for presidential candidates to submit the names of their running mates.

It is believed, the APC is putting Masari as a placeholder to beat the Friday, June 17th deadline given by the Independent National Electoral Commission (INEC) for presidential candidates to submit the names of their running mates.

SORT YOUR WASTE AND GET REDUCTION IN WASTE BILL – Odumboni