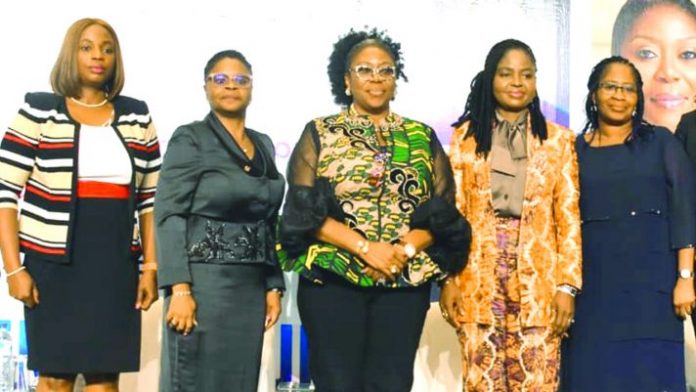 Contrary to widespread opinion that the Lagos State Government is introducing a new law which compels landlords and property agents to receive house rents on a monthly basis, the Special Adviser (Housing) to Gov. Babajide Olusola Sanwo-Olu, Hon. Toke Benson-Awoyinka stated that the law doesn’t touch on rents. Rather, she noted that the Governor is putting forward a scheme which will ease payment plan for tenants.

The Special Adviser affirmed this position at a Lagos State Real Estate Regulatory Authority (LASRERA) Real Estate Stakeholders Forum which was organized recently in conjunction with the Construction Projects and Infrastructure Committee of the Section on Business Law, Nigerian Bar Association (CPIC, NBA-SBL).

The rental payment scheme is to bring human face for Lagosians who always have issues whenever it is time to pay their rents but at the same time, ensures that the landlords get their rents annually, Trek Africa Newspaper gathered.

Speaking on the contentious issue, Mrs. Toke Benson said: ‘Nothing in this law speaks to monthly rental income. The Lagos State Governor, Mr. Babajide Olusola Sanwo-Olu deemed it fit that there is a lot of pressure on people in Lagos when it is time to pay rent, people go borrowing and looking for people to guarantee loans. So he thought we should have a human face as government.’

‘We can introduce a scheme whereby people pay rent monthly but not as legislation. We are bringing in financiers who will help to pay off landlord on annual basis and then, the tenants are given opportunity to pay back on a monthly basis’, Trek Africa Newspaper reports.

On how tenants can benefit from the scheme, the SA pointed out, ‘But for you to get to that stage, we will qualify you. We will make sure that you have a source of income and we verify that. We will make sure that what you are renting is commensurate with your income. We don’t let you rent what your monthly rent will be more than 33% of your monthly income – singular or combined.’

Allaying the fears of Lagos landlords and property agents, ‘So Lagos landlords should not think that Lagos State Government is taking away their source of income and putting them in the hands of tenants who will be unreliable when it is time to pay back.

This is why we are holding this engagement. We are brining in lawyers so that we can trash the legality and legal implications of the scheme’, Mrs. Benson-Awoyinka noted.

On his part, Barr. Charles Ajiboye, Principal Partner, Penthouse Law shared: ‘The thing is the scheme is good and it was clarified that it is not a law. The misinformation before was that it was going to be a law so that people will be compelled. I think they now need to go out there to tell people that it is not a law but an option. It is fantastic because rent can be killing.’

‘I do hope we can sustain the scheme because we don’t have sufficient data so that the company putting in their money will be able to retrieve their funds. If they loan out and people are not able to pay back, how do they recover, people are fired everyday. I hope the people behind it will factor in all these issues’, he pointed out.

Speaking on the same issue, Olamide Adeleye, Principal Counsel, YBA and Co. Solicitors noted: ‘The fundamental reason why government is doing this is because people earn salary on a monthly basis not annualy so if they earn monthly, why should they be amade to pay annual rental.’

‘In advanced societies, tenancy is on a monthly basis. It works in that society because the judicial system works really well in case a tenant defaults, it doesn’t take 2 weeks to get the tenant out but here our eviction process is cumbersome and complex.

In recent times, government has made improvement on that which is applaudable but they have to continue to look for ways to encourage the property owners and the tenants’, the property lawyer remarked.

Meanwhile, the Attorney-General/Commissioner for Justice of Lagos state, Mr. Moyosore Onigbanjo noted that the LASRERA Law was informed by the need to bring sanity into the real estate sector.

Speaking through a representative, the Director of Legal Drafting in the Lagos Ministry of Justice, Mrs. Aderinsola Olanrewaju, the Commissioner assured that it would change the landscape of real estate development as it will weed out fraudulent gains and other unprofessional conduct.

YOUTH PARTY NOT AFFECTED BY SUPREME COURT’S RULING ON DEREGISTRATION –...