Abubakar Mohammed Adamu has been appointed as the acting Inspector General of Police by President Muhammadu Buhari. This follows a meeting with the President with outgoing IGP, Ibrahim Idris, and Adamu inside the Presidential Villa in Abuja. Emerging from the meeting, Adamu thanked President Buhari for appointing him and promised to restrategise to effectively tackle kidnapping and other security challenges in the country.

The immediate past Inspector-General of Police (IGP), Ibrahim Idris has said the President Muhammadu Buhari government has given the nod  for the recruitment of officers on a yearly basis. Idris said this on Tuesday after he retired as the IGP and replaced by Mohammed Adamu at the Presidential Villa in Abuja.

Nigeria’s new Inspector General of Police (IGP), Adamu Mohammed, has promised that the police will not be partisan as the country goes to the poll. Mohammed who is from Nasarawa State was on Tuesday confirmed as a replacement for the former IGP, Ibrahim Idris, by President Muhammadu Buhari. Speaking after the confirmation of his appointment, he lauded Buhari for giving him the opportunity to work in such capacity.

The Economic and Financial Crimes Commission (EFCC) has denied reported raid on the residence of the Chief Justice of Nigeria, Justice Walter Onnoghen. The anti-graft agency condemned the claims in a statement on Tuesday, hours after reports emerged that EFCC operatives raided the CJN’s home.

Men of the Rapid Response Squad (RRS) on patrol along Third Mainland Bridge in Lagos, on Tuesday, prevented a man from jumping into the lagoon. Concise News gathered that the unidentified man who was on a suicide mission has been handed over to Adekunle Police Station for investigation. This is coming months after a journalist who works with the Federal Radio Corporation of Nigeria (FRCN) committed suicide. He jumped into the Lagoon from the Third mainland bridge in Lagos.

Governors of the 36 states of the federation have congratulated Adamu Mohammed on his appointment as the Acting Inspector General of Police. The Director General of the Nigeria Governors’ Forum Secretariat, Asishana Okauru, said this in a statement on Tuesday in Abuja. The NGF described Mohammed as a man of impeccable character, saying that his appointment was well deserved.

The Lagos State Commissioner of Police, Edgal Imohimi, on Tuesday, said he remains in charge as CP of the state. Imohimi, who had invited the Press on Tuesday to witness the handing- and taking over ceremony between him and the incoming CP, Kayode Egbetokun, said they were about concluding the process when they received a directive from Abuja to suspend the action.

British Prime Minister Theresa May‘s Brexit deal has been crushed by a record margin as the country’s lawmakers rejected it by 432 votes to 202. After eight days of parliamentary debate and 200 speeches, members of the House of Commons ignored the Prime Minister’s final pleas and delivered a humiliating verdict on her plan to take Britain out of the European Union.

The League Management Company (LMC) has asked Nigeria Professional Football League (NPFL) side Plateau United to pay three million naira fine after fans of the club assaulted referees in their matchday one clash against FC Ifeanyi Ubah on Sunday. The 2017 league champions were frustrated to a goalless draw against FC Ifeanyi Ubah which left their fans frustrated with the result and there were reports of crowd violence after the game. 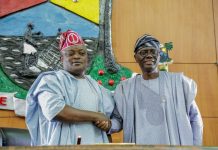 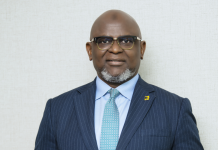 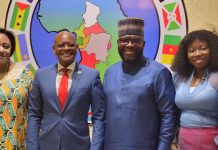