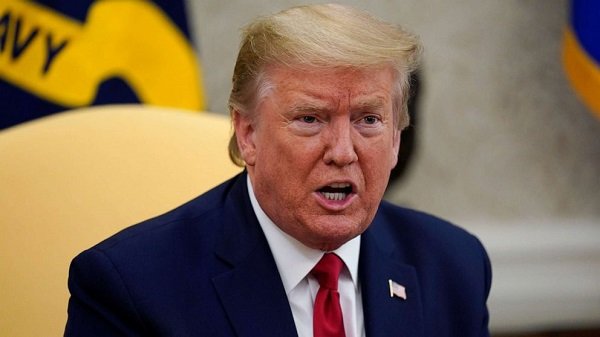 This is coming as Republicans have already indicated they consider the proceeding unconstitutional and are prepared to acquit him.

“After his efforts and — of course, threatening officials — failed, he turned to privately and publicly attacking members of his own party in the House and in the Senate.

He would publicly bait senators, naming them in social media,” Lieu said, citing a Trump tweet from Dec. 18 that falsely claimed he won the election and called on Republican senators to “fight for it.”

Lieu also showed a tweet from Dec. 24 in his presentation in which Trump called out senators, including then-Senate Majority Leader Mitch McConnell, telling them that he would “never forget” if they just “sit back and watch me fight.”

“President Trump was telling you that you owe him, that if you don’t help him fight to overcome the results, he will never forget and there will be consequences,” Lieu said.

House Democrats also gave a detailed presentation of Trump’s attempt to overturn the election results in key states, and started by focusing on Michigan.

Trump personally called GOP officials in Wayne County, home to Detroit, and pressed them to rescind their votes in favour of certifying the results.

Later, he hosted top GOP state lawmakers at the White House in a longshot attempt to convince them that the legislature should overturn the outcome of the election.

“Think about it. The President of the United States was calling public officials, calling from the White House, inviting them into the Oval Office, telling them to disenfranchise voters of her state, telling them to overturn the will of the American people.

All to take the election for himself,” Rep. Madeleine Dean, a House impeachment manager, said on the Senate floor yesterday.

“The officials held strong, and so Trump moved on to a different state,” she added.

All of these efforts failed and President Biden’s win in Michigan was certified by the state.

The former U.S. president was reportedly unhappy with his impeachment defence team, while at least eight GOP senators slammed Trump’s lawyers for their performance.

The prosecution and defence will have up to 16 hours to deliver their arguments to senators, who will decide whether to convict the former U.S. president on charges that he orchestrated the deadly January 6 riot in the Capitol building that left five people dead.

The U.S. Senate previously voted 56-44 to confirm that the case is constitutional. Although six Republicans cast their votes to proceed with the impeachment, this number would not be enough to convict Trump.

Under the evenly split Senate, a two-thirds majority vote would be required to find him guilty. This plays out if 17 Republican senators vote for the impeachment.

Trump himself was reportedly unhappy with his impeachment defence team and was left frustrated by the public criticism of his attorneys.

An overwhelming majority of Senate Republicans — 44 out of 50 — voted to block the proceeding based on Trump’s argument that the chamber doesn’t have jurisdiction over him because he’s no longer in office, but were thwarted by six GOP colleagues who switched sides and threw in with all 50 Democrats.

The 56-44 vote followed one last month in which the Senate voted 55-45 on a measure that gauged its position on the constitutionality of the trial, with Sen. Bill Cassidy (R-La.) breaking rank on Tuesday and accounting for the slight shift.