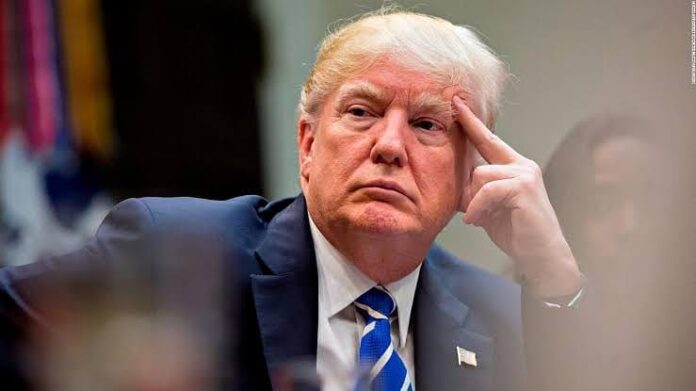 U.S. Senate Minority Leader, Chuck Schumer, has called for the immediate impeachment of President Donald Trump, saying the president “should not hold office one day longer”.

The call came a day after armed Trump supporters breached the Capitol Hill in Washington on Wednesday, forcing a lockdown.

Congress was certifying the election of Joe Biden and Kamala Harris as president and vice president respectively when the mob stormed the building.

“What happened at the U.S. Capitol yesterday was an insurrection against the United States, incited by the President. This President should not hold office one day longer.

“The quickest and most effective way, it can be done today, to remove this president from office will be for the Vice President to immediately invoke the 25th amendment.

“If the Vice President and the Cabinet refused to stand up, congress must reconvene to impeach President Trump,” Schumer said in a statement.

The minority leader’s statement came after Adam Kinzinger, a Republican House of Representatives member from Illinois made a similar call.

“Sadly, yesterday it became clear that the President not only abdicated his duty to protect the American people and the people’s house, but he also invoked and inflamed passions that gave fuel to the insurrection we saw here.

“When pressed to move and denounce the violence he barely did so, while, of course, victimising himself.

“All indications are that the President has become unmoored, not just from his duty, or even his health, but from reality itself.

“It’s with a heavy heart I am calling for the sake of our democracy that the 25th Amendment be invoked,” Kinzinger said in a video message.

In a statement, Barr once a loyal ally of Trump, said the president’s conduct “was a betrayal of his office and supporters.”

“Orchestrating a mob to pressure Congress is inexcusable. The President’s conduct yesterday was a betrayal of his office and supporters,” he said.

FANI-KAYODE IMPOTENT, COULD NOT HAVE SEX WITH ME FOR 6 YEARS,...

5 OF THE WORLD’S RICHEST AND WHAT THEY HAVE BEEN UP...