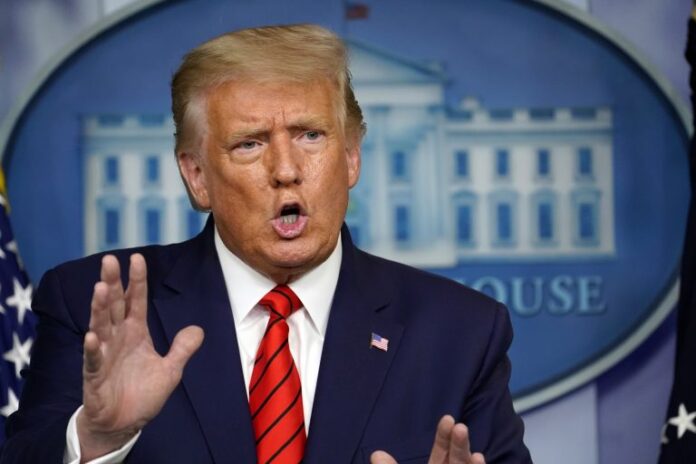 The United States Supreme Court on Tuesday unanimously threw out a last-minute attempt by President Trump’s allies to overturn the election results in Pennsylvania.

Voting 9-0, the court rejected the request by Trump’s men, to delay or overturn the results of the presidential election.

Prior to the decision, President Trump had reportedly called the speaker of the Pennsylvania House of Representatives twice during the past week to make an extraordinary request for help reversing his loss in the state. But Speaker Bryan Cutler allegedly told the president he had no authority to step in, or to order the legislature into special session.

A group of Republican candidates led by Rep. Mike Kelly (R) challenged Act 77, a change made by the Republican-controlled legislature to allow universal mail-in ballots. Their charge was that the state constitution’s requirements on absentee ballots meant the legislature didn’t have the authority to open mail-in balloting for others.

But the Pennsylvania Supreme Court said the challenge was filed too late — only after the votes were cast and the results known. Democrat Joe Biden won the state by a more than 80,000-vote margin.

The unanimous order blamed petitioners for a “complete failure to act with due diligence in commencing their facial constitutional challenge, which was ascertainable upon Act 77’s enactment.”

It added that some of the petitioners had urged their supporters to cast their ballots using the new main-in procedure.

The Washington Post, reports that the U.S. Supreme Court rarely intervenes in a decision of a state supreme court interpreting its own constitution and laws. But the plaintiffs charged that the system raised federal issues.

Although acknowledging that it is up to states to develop election procedures, the claim was that the federal Constitution was violated if the Pennsylvania legislature expanded the mail-in procedure without proper authority from the state constitution.

Further, they claimed the individual constitutional rights of Kelly and the others were violated. Their theory was that because the Pennsylvania Supreme Court dismissed the challenge because it was filed too late, they were denied due process.

Their suggested remedy was to invalidate all votes cast by mail in the general election — more than 2.5 million in total — or to dismiss the outcome of the election altogether so that the state legislature could appoint its own slate of presidential electors.

Pennsylvania’s lawyers told the U.S. Supreme Court that was a shocking request–“nothing less than an affront to constitutional democracy” that would ensnare the judiciary “in partisan strife.”

“Petitioners ask this court to undertake one of the most dramatic, disruptive invocations of judicial power in the history of the Republic,” Pennsylvania’s response said. “No court has ever issued an order nullifying a governor’s certification of presidential election results.”

Pennsylvania’s lawyers said there was no conflict between the state constitution and Act 77, and that the specific requirements in the document were for absentee voting, not mail-in ballots. Their brief noted that the legislature had set a 180-day window for raising constitutional objections to the plan, which the challengers ignored.

And it argued that the claims of a due process violation were undercut by the relief Trump allies seek.

“They do not explain how a remedy premised on massive disenfranchisement would accord with the Due Process Clause, which requires the counting of votes cast in reasonable reliance on existing election rules as implemented and described by state officials,” the state’s response said.

‘THERE IS NO STREET IN THIS COUNTRY THAT DOESN’T HAVE GOLD’,...