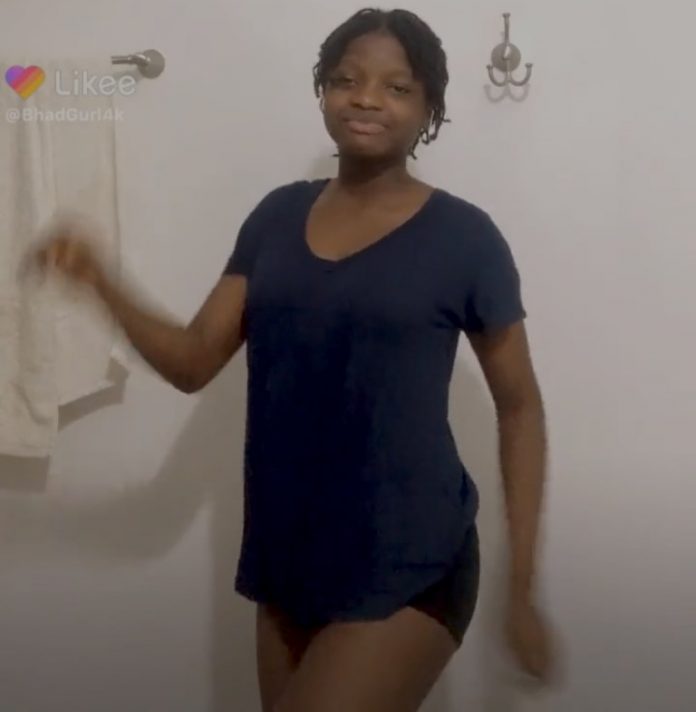 The child who posts her self-recorded videos on an app called ‘Likee’, titled her page “madness and cringe”.

Her handle called “bhadgurl4k (bad girl fuck) already has over 24,000 likes. She has posted over 526 videos with 4,134 followers as at Easter Monday.

Another source revealed, she might be 10 years as claimed but she behaves like an adult of 37- year-old as she alleged might have been going to night clubs without her mother’s knowledge.