Millions of women around the world who want to prevent pregnancy are unable to access contraception, the UN said on Wednesday.

According to the State of World Population report from the UN Population Fund, in spite of increases in the number of women using modern contraceptives, reproductive rights are still out of reach for many women.

The report noted significant gains made in women’s reproductive rights since UNFPA began its work 50 years ago. However, it showed that millions of women across the world still face economic, social and institutional barriers when it comes to their health.

In 51 countries analysed by UNFPA, only 57 per cent of women who are married or in a relationship were able to make their own choices when it comes to sexual intercourse with their partner, contraception use and health care.

In both developed and developing countries, access tends to be lowest among the poorest women, limiting economic mobility.

UNFPA executive director Natalia Kanem said in a statement that without access, they lack the power to make decisions about their own bodies, including whether or when to become pregnant.

“The lack of this power, which influences so many other facets of life, from education to income to safety, leaves women unable to shape their own futures,’’ Kanem added. 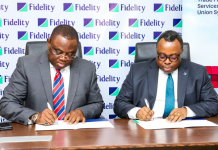 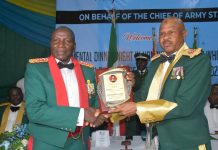 TRUMP REPORTEDLY PLANNING TO PARDON HIMSELF AND HIS FAMILY MEMBERS IN...

What US Rapper Russ Millions said About Davido 02 Arena Event