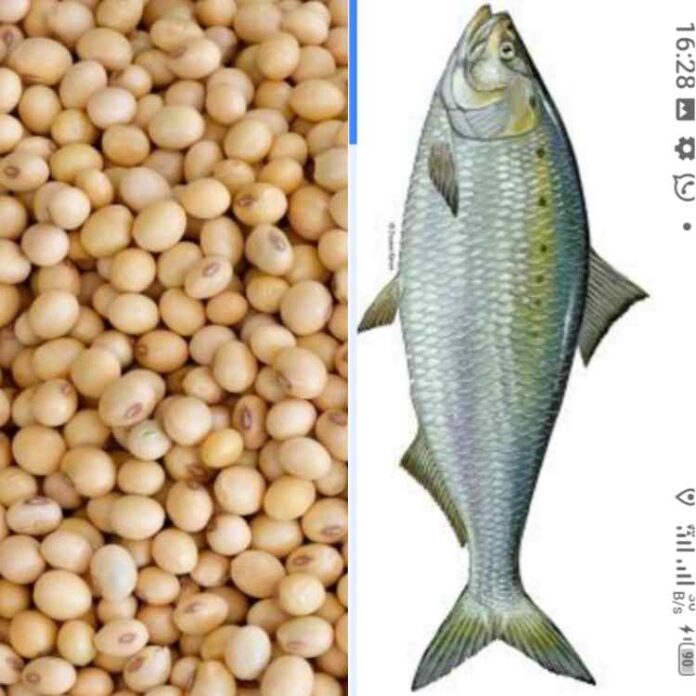 Professor Adewolu Morenike, professor of Fish Nutrition at the Department of Marine Sciences, University of Lagos, has called on Nigerians from all walks of life to regularly consume soybeans and fish to help improve their diet and reduce the incidence of malnutrition in the country. Soybeans and fish are well-known and affordable sources of protein.

Professor Adewolu noted that the benefits of the combination of soybeans and fish consumption are often understated whereas they contain numerous vitamins and minerals which are of tremendous benefits to the human body and mind.

Speaking on the benefits of consuming soy, she said: “The size of the soybean pales in comparison to the numerous gains of its consumption. Soybean is an excellent source of protein, and it contains fundamental nutrients needed by the human body to function optimally. It is one of the few plant-based proteins that is considered to have all the essential amino acids.”

The don added: “Soybeans are low in carbohydrates and have a very low glycemic index (GI), which is a measure of how foods affect the rise in blood sugar after a meal. Soybeans are good sources of several vitamins and minerals, including vitamin K1, vitamins B1-B6, folates, copper, manganese, potassium, phosphorus, and thiamine. They are a rich source of various bioactive plant compounds, including isoflavones, saponins, and lunasin.”

She stated that soybeans have high levels of isoflavones and antioxidants as well as immune-boosting properties. According to her: “The proteins and isoflavones in soy repair worn-out cells and tissues, and replace blood plasma, which is vital for immune resistance.

Isoflavones may be protective against breast cancer later in life. The high levels of antioxidants in soybeans may prevent the onset of several cancer cells and remove free radicals from the body.”

The professor described the combination of soybeans with fish as a superfood that can lower the risk of diabetes, heart diseases, stroke and obesity. She explained that regular consumption of fish (whether oily, shellfish or lean fish) will lower the risk of heart attacks and strokes because of the presence of Omega-3 fatty acids.

According to the lecturer, fish, which contain Omega-3 fatty acids, will help in the breakdown of triglycerides and fatty acids in the liver, thereby lowering the risk of fatty liver disease. This helps blood flow to the brain and improves its performance during mental tasks. Fish are rich in Vitamin A, which can fight free radicals and reduce oxidative stress.

The professor said: “As long as fishes are included in our diet, be it tilapia, codfish (panla), scumbia, crabs, crayfish, or any type of fish at all, our immune system will be immediately boosted because fishes contain vitamin B12 (cobalamin) and selenium, which are critical in the formation of macrophage cells, which patrol the bloodstreams for harmful bacteria.”

The professor stated that the immune system is spread throughout the body and it involves many types of cells, organs, proteins and tissues. She noted that without an enhanced immune system, the body would be opened to attack from bacteria, viruses and parasites, which is why increasing the dietary intake of soy and fish is important.

She added that the vitamins and minerals contained in soybeans and fish help to maintain the body’s defence against infections, thereby enhancing the human body’s immunologic system.

Professor Adewolu stated: “In Nigeria, the average protein intake is low; it is estimated to be 45.4 grams per day. This is below the WHO’s recommendation of 70 grams per day. A combination of soybeans and fish will definitely meet the recommendation since these two foods are very good sources of dietary protein.”

SEEDS FOR THE FUTURE PROJECT: HOW OLAM IS DRIVING PRIVATE SECTOR...