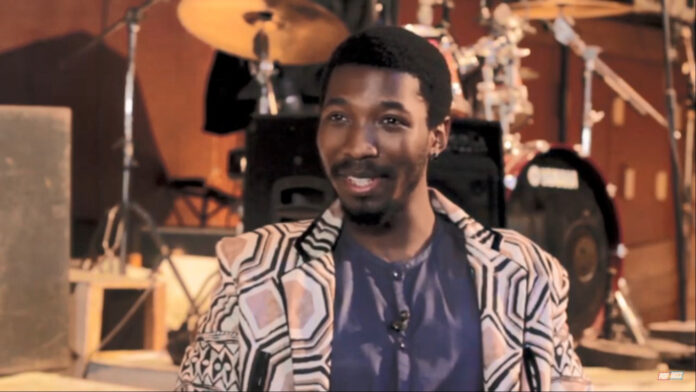 Made, grandson of the iconic Afrobeat originator, Fela Anikulapo-Kuti, talk about his career, the influences his father and grandfather had on him and other issues

What inspired your new song, ‘Free Your Mind’?

‘Free your Mind’ was inspired by one of my father’s songs called ‘Set Your Mind and Soul Free’ and it is going to be on our forthcoming joint album, ‘Legacy+’. Having studied in London for about seven years, I came back to Nigeria with a certain mindset. When one has experienced a different standard of living, one would have to adapt to certain things.

I had to deal with police confrontations. Every week, there were different issues. It was either something was wrong with the generator or something else. It seemed there was nothing functioning properly in the country.

I had to think about everything and there weren’t many people I could have discussions with. The discussions that we have is about time and knowledge; it is not much about liberal thoughts or finding oneself.

It is not so much about having peace of mind and settling conflicts. I feel the song is about everything we learn. We have to find a way, especially as Africans, to find truth for ourselves. We have to really force our brains to expand and free them from all the constraints that we have been forced into.

Do you ever feel the need to create your own identity, separate from that of your father and granddad?

I did not set the path to be myself. That was done by my father at a very young age because he made me very liberal-minded. As a child, I could do most of the things I wanted. It was not every adult I was answerable to. I would just walk out of the Afrikan Shrine (Ikeja, Lagos) as an eight-year-old to go and play.

I always had freedom and through that freedom, I could do a lot of things at a very young age. I had the freedom to think and I wasn’t always forced to do things. My father used to tell me that, “You cannot be me and you can’t be Fela. You have to know who you are and what your purpose is”. However, it turned out that the person I want to be is the kind of persons the Kutis are. I have all the traits in me.

All the Kutis’ are socio-politically conscious and progressive minded. By finding myself, I found out that a lot of things I believe are in line with what other members of my family believe. I am into music because I discovered music at a very young age. It was never forced on me. I took the decision to learn instruments myself. I am not trying to be anybody as I was told not to be, and I am happy as I am.

You worked with your dad on your joint album. How was the experience?

That was not the first time I would play with dad. I worked with him on the album, ‘Day by Day’, and I have been recording with him for years. I started when I was a child (took a break) and continued in 2018.

So, it was a familiar experience but it was even more special because I was old enough to appreciate what I was doing.

How would you describe your style of music?

It is fundamentally Afrobeat but explores as far and as interestingly as I want it.

How is your music different from the mainstream ‘commercial’ music and what similarities do they share?

My music is related to anything with sound, because sound is music. I try to find my own unique sound. I intentionally deviate from any kind of popular music. But, I try not to diverge so much that my music becomes unappealing.

I enjoy making music but I also like to make it differently because I want to be me. You can say it is not so different from commercial music because I make sure it isn’t, but it is also not (too) similar to ‘artistic’ music.

What are the most important lessons you picked from your dad that is helping your music career?

What I value the most is integrity. The integrity to know that the music (business) might not produce the kind of finance and lavish lifestyle one wants, yet still see it through. One needs to have the integrity to push oneself and break all the walls. Honesty is also very important because we don’t like to lie. We believe it is one of the greatest obstacles anyone faces.

How would you describe your personality and how does it reflect in your music?

I just like to think. I like moving forward. I like being simple and appreciating the things I am blessed to have. I like to be able to distinguish between what is important and what is not. I am basically a thinker. I think about what I sing about and what my music reflects.

Do you harbour any worries considering that you would be measured against Fela’s standard in music?

I have been able to distinguish between what is an intelligent critical comment and what is not. One has to really know who is criticising one’s music. If someone that has never played an instrument is telling one how to run scales, there is a problem.

One needs to have the mental strength to distinguish between the kinds of comments one gets. Just the other day, a woman sent me a video of her two and a half-year old son dancing to my song, ‘Free Your Mind’. It was apparent to see that he was just having fun. That is what I am trying to do (make people happy).

People who appreciate music do so and people that want to find a reason to bring us down are part of the problems of this country. We have to learn to see the beauty in things. We don’t always have to be mean, or compare people. Two people cannot be the same. We have to find the beauty in individuality.

What are some of the memories you have of Fela Kuti?

I was about two and a half years old when Fela passed on, so I don’t have any memories of him. However, I was told many stories about him. One of them was that when I was born, he was very ill but still managed to come for the christening in a taxi, though he could not come in. I was then taken to him in the taxi and he gave me the name, ‘Afolabi’

What part of your grandfather do you find in yourself?

That would be his love for music.

What are your hobbies?

I like to read books that would help my life. I also like to watch anime (a style of Japanese film and animation). I like to play video games (football) with my dad as well, and he is very good.

Who wins when you play together?

Though he is quite good, I usually win. But, he may tell you something different.

How else do you unwind?

I spend time with my siblings and my girlfriend.

What traits endeared you to your girlfriend?

The thing I consider to be of the greatest value is honesty. If two people are honest, they would discover how compatible they are. I have known her for about 12 years and that adds to the value of the relationship.

Your grandfather made the news when he got married to 27 women in one day. Could you do something like that?

Is there marriage in the horizon?

MY MUM IS VERY MUCH ALIVE – IYABO OKO’S DAUGHTER DEBUNKS...