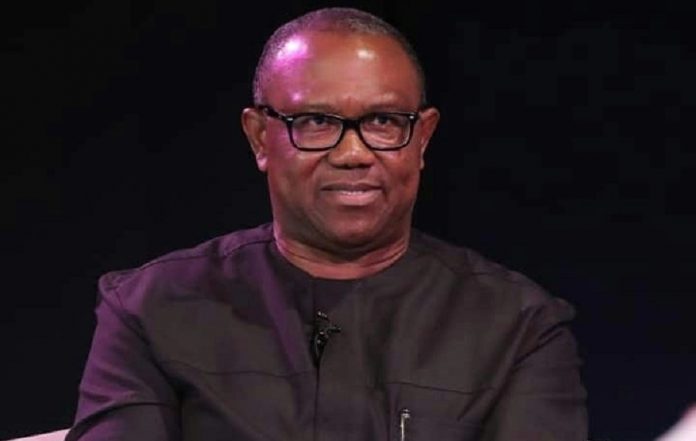 Peter Obi, the former Governor of Anambra State has stated that the discussions on VAT in Nigeria and fiscal federalism will enable Nigerian states to be productive.

He also warned that Nigerians need to move away from the mentality of sharing revenue and move towards even more revenue generation for the states.

Mr Obi disclosed this on Sunday evening in an interview with Channels TV.

He said that compared to his previous stand on fiscal federalism, he supports the discussions going on because it will make Nigeria a lot more productive as a country.

“If we are productive, it will be very easy for Nigeria to grow, be able to create jobs and do what others are doing.

“Every part of Nigeria has the potential to grow and compete and but we are not doing that.”

Obi stated that Nigeria needs to move away from seeing resource control from an angle of natural resources but more on investment in people, citing the fact that Anambra has been made an oil-producing state.

“Oil is a dead asset. With the plans we had when I was in office, if it was followed by the next administration, Anambra would have generated way more than Nigeria generates from oil.”

He added that we can’t compare Nigeria’s oil revenue with what other smaller states get through investments in education, ICT and health.

“If you do these investments properly, pull your people out of poverty, you would see that the money you are talking in terms of what we are getting from oil is not much,” he said.

Obi said he doesn’t see Anambra generating up to half a billion dollars from oil, but if the state were to key in with what his administration started by targeting to raise $2 billion by 2030, and be able to support SMEs across the state, where there is massive industrialization and export, the state would have been generating 5 times that amount.

“I believe in fiscal federalism, it will help the country grow. At this point, the country is not growing and productivity is very low,” he added.

Report indicated that the Governor of Oyo State, Seyi Makinde showed his support on the side of the states in the ongoing VAT controversy between the states and the federal government, stating that it is important because it leads to policies that increase Internally Generated Revenue for states.

Governor of Benue State, Samuel Ortom stated that the state is currently studying the legal implications of the state-imposed VAT and is ready to embrace the law as long as it conforms with the constitution.

FORMER TV PRESENTER FRANCES OGUMA, CELEBRATES BIRTHDAY IN THE US ~...

MAN TELLS APOSTLE SULEMAN: ‘WITH LESS THAN N5, I WAS PAID...