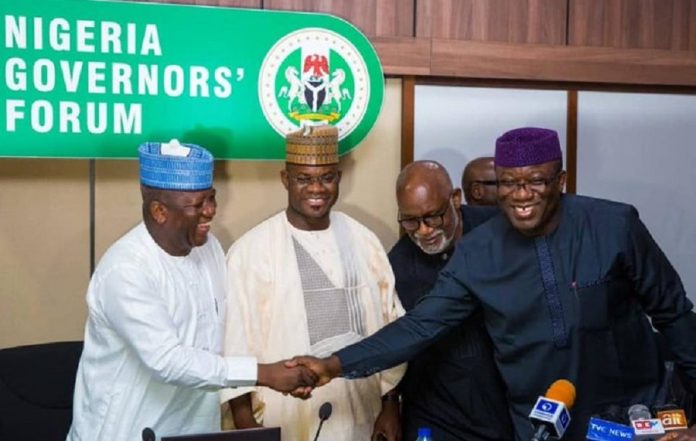 The Nigerian Governors Forum (NGF) revealed that it will wait on the Supreme Court’s decision on Value Added Taxes before taking any decision on the matter.

This was disclosed by the Chairman of the forum, Governor Kayode Fayemi of Ekiti, in an interview in Ado-Ekiti, where he revealed that the issue of VAT needed political and legal understandings to be settled by the supreme court and stakeholders.

“But, our take on this is that the Supreme Court should accelerate its decision so that we have clarity over who should be in charge of Value Added Tax (VAT), whether it is the Federal Inland Revenue Service or States.

“States that have gone to court believe clearly that this responsibility evolves, according to their own understanding, on what the Constitution says.

“The important thing is that our tax system is problematic, confusing, and contradictory. We need to do a lot more to clarify things so that it can give room for more efficient and effective collection of taxes,” Fayemi said.

On Nigeria’s debt profile, he stated that the President Buhari administration ought to be commended on the utilization of money being borrowed, citing that it has utilized these monies more on infrastructure development than consumption which has aided economic growth.

“Clearly, it would be great not to borrow, but it would also be great to redirect the funds that we have to regenerative areas of our economy.

“Realistically, we have a revenue challenge which has not enabled us to build an economy that responds to the yearnings of Nigerians.

“I don’t think there is anything wrong in the President, as a major voice in international affairs, particularly in Africa and the black world, calling for a review of debt management and arrangements,” he said.

Attorney General of the Federation and Minister of Justice, Abubakar Malami, said: “The Federal Government had indeed taken cognisance of the fact that where there exists a dispute between a state and the Federal Government, it is the Supreme Court that should naturally have the jurisdiction to determine the dispute between the state and the federation.

Malami further said that the FG was taking steps to consider the possibility of instituting an action before the Supreme Court for the purpose of having this matter determined once and for all.

TRAFFIC ROBBERY WILL FIZZLE OUT, BECOME HISTORY IN LAGOS–CP ODUMOSU As...