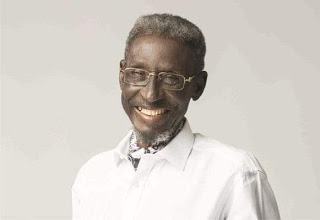 A family source confirmed to thebladengr.com that Daba died Wednesday evening after a protracted battle with leukemia and prostrate cancer.

Daba popularly known as ‘Bitrus’ from his role in Cock Crow At Dawn, the popular soap opera that ruled the TV in the 1970s and 1980s, has for years been in and out of hospitals both in Nigeria and abroad.

At one time, public spirited Nigerians led by Azuka Jebose, Soni Irabor and others, had rallied round his family with donations to help keep him alive.

Billionaire Femi Otedola in 2019, bankrolled hos hospital bills at a London clinic until he returned healed later that year.

At the height of the pandemic last year, his health was said to have so deteriorated that he almost lost the use of one eye.

MY HUSBAND PLEASE LOCATE ME, I AM NOT A BAD PERSON-...