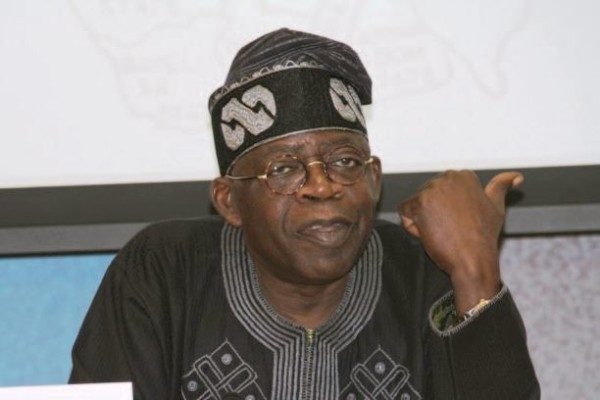 National Leader of the All Progressives Congress (APC), Senator Bola Tinubu, has called on those clamouring for secession to jettison the idea as the country is better together than being separated.

Tinubu, in a goodwill message to a Ramadan prayer tafsir lecture yesterday in Lagos, warned that the agitations could lead to the disintegration of Nigeria.

He said: “For clamouring for war, God will not allow Nigeria to experience war. If we say Nigeria should separate, people should remember what war caused in Sudan and Iraq. Such war does not end on time. We are yet to recover from the civil war.

“We are better together. I have nowhere I am going. Whoever has experienced war in the past will not pray for such. Nigeria will not separate; it’s not acceptable to us. Our prayer is for prosperity and more wealth for the country.”

He said the state had witnessed massive development since the administration of Sanwo-Olu came on board and expressed satisfaction with their performances.

Sanwo-Olu, in his message, promised to fulfill his campaign promises and deliver dividends of democracy.

He said the state government was about installing 2,000 cameras across the state for security surveillance.

Sanwo-Olu assured the gathering that the proposed buses for public transportation, which his administration will unveil this month, will eradicate the menace of commercial motorcycle riders.

The National Missioner, Ansaru-deen Society of Nigeria, Sheikh Ahmad Raman, also called on those clamouring for the country to divide to have a rethink.

He admitted that though insecurity is on the increase, but with constant prayers, change of thoughts and characters by Nigerians, the country would come out of it.

“We are insecure; we are unsure, there is hunger, there is anger and confusion in the land. This is the time we need divine intervention. If we gather and pray till 2023, Allah will not listen to us till we do some things,” he said.

Meanwhile, the Department of State Services (DSS) has warned those it described as “misguided elements” who are threatening Nigeria’s unity and peaceful co-existence to desist from doing so.

DSS spokesman, Dr. Peter Afunanya, said in a statement yesterday that the agency would no longer tolerate those whose aim is to “throw the country into anarchy.”

In the statement, Afunanya said: “While the service reaffirms its unambiguous support to an indivisible, indissoluble and united Nigerian State in accordance with the provisions of the Constitution, it will no longer tolerate deliberate machinations by subversive and hostile groups whose agenda is to throw the country into anarchy so as to serve the interests of their sponsors.

“Consequently, the service is assiduously working with other security and law enforcement agencies to ensure the maintenance of peace and internal security of the country.”

Afunanya said among those threatening the federal government and Nigeria’s unity are “some religious and past political leaders who have either called for a forceful change of government or mass action against it.”

“It has been established that the main objective for these is to cause a disintegration of the country,” he added.

“It is unfortunate that those in the forefront of this are respectable individuals who should be patriotic and not allow their personal ambitions to ruin the nation. The service has also noted their desperation and penchant to collaborate with external forces and influences against Nigeria.

“They are reminded that even though democracy offers free speech, it does not give room to reckless pronouncements capable of undermining security. It is instructive to note that the ballot box remains the vehicle of change in a democracy.

“In this regard, self-centred individuals and groups are warned to stop engaging in acts inimical to the peace and the sovereignty of this nation.

In the same manner, influential personalities should be sensitive to emerging situations and guard against divisive and inciting utterances that may cause a breakdown of law and order.”