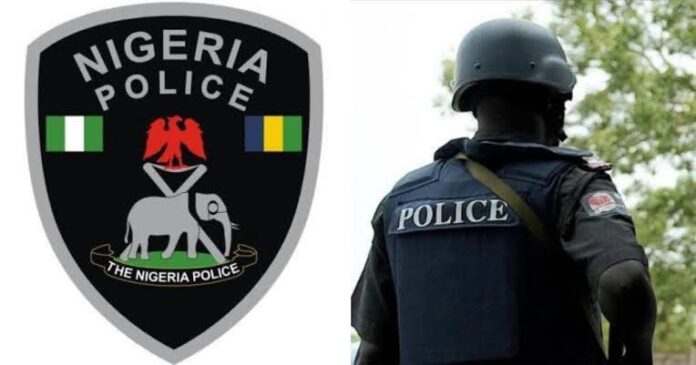 For Edo state born Deputy Superintendent of Police (DSP), Bright Iyobosa Akhimien and his wife, Joyce, enduring seven tortuous years of childlessness was a very traumatic chapter of their life.

When the narrative of tortuous wait however changed for the couple on January 12 this year, it came in bittersweet. Joyce in his early thirties delivered sextuplets at the BridgeStone Hospital, Port Harcourt, Rivers state.

“We waited seven years for fruit of the womb and God settled us once. Another childbearing isn’t a consideration for us again. We have to take care of what God has blessed us with, four boys, one girl. The girls were two, but we lost one”, DSP Akhimien, in his early forties recalled.

Given BridgeStone’s reputation as an IVF center, Vanguard nudged Akhimien if the couple’s case was medical science induced. The DSP responded: “Though we waited for seven years, BridgeStone is not all about IVF.

The medical head, Dr. Eze who managed my wife’s situation is very knowledgeable in fertility issues and  many times, he gives corrective treatment after ascertaining the causative factors and conception comes naturally.

That was the case with my wife. We got to know that IVF is so cost intensive, we could not have afforded it. We don’t have the money. When we went there, he did some tests, confirmed the cause of our childlessness and they placed my wife on treatment. Eventually, God answered us once.

“Given the disappointments of the past seven years, when my wife first told me she was pregnant, I chose not to believe. I thought it was one of those many stories we have been used to. It became reality when I watched the stomach growing. Based on experience, Dr Eze deliberately refused to disclose the number of children we were expecting.

“All he told me was to  prepare and have money. I have seen cases where the expectant father was told the number of children being expected from scan results and as soon as the woman gave birth the man would run away. So he simply told me ‘just go and prepare for money. Your child is not just one, this is more than one, more than two’ “, Akhimien said.

Recalling the final lap of the journey to parenthood, he said “it was inevitable that Joyce was relieved of the pregnancy burden through cesarean delivery. It wasn’t easy for my wife to have carried such number of children for first birth. Carrying one is difficult, not to talk of six.

It became quite unbearable for her when the pregnancy was eight months, she couldn’t walk properly, her legs were swollen, she had difficulties in breathing and eating and there was the risk of losing her. It was therefore decided that the babies had to spend the remaining month in the incubators.

Acting professionally, even on the day of the Caesarean Session (CS), Dr Eze never insisted on the presence of the tensed father before doing the needful. Eventually, when I was called that my wife had delivered, I went to the hospital, saw them and was grateful to God.

I know God is ever faithful. Whatsoever happened to man is equal to a man. That’s the belief I have and that’s what is still keeping me. I am police DSP, my wife is not doing anything for now, so everything rests on my shoulder. The physical and financial burden have been very challenging ever since. We don’t sleep at night anymore.

As one restless child is keeping quiet, another one is taking over. I want to thank my Pastor and his wife as well as members of my church, Four Square Gospel Church who have been so supportive from the first day.

My colleagues at my duty post, especially the Commander, CSP Paul Obot have been very cooperative. At times while on duty, and there were calls from the hospital, I would just be allowed to rush down. Their understating has been a source of strength for me.”

According to Vanguard inquiry, a DSP’s monthly pay is slightly above N150,000, and with a wife that is not currently engaged in any gainful economic venture, there is no debating that the Akhimien can’t raise the five children alone especially from this tender age.

The visibly disturbed police officer explained, “even the hospital bill, I have not finished paying. Due to the magnanimity of Dr Eze, he allowed us to go home, so we can come and be offsetting the bill gradually because the more we stay in the hospital, the higher the bill as nursing each of the babies in the incubator everyday cost much.

“Imagine all the five babies in five different incubators. By the time we were leaving for our home, the bill had hit over N2.6m. Do you know that a very magnanimous Dr Eze had to freeze that bill at a point. Not only that, he equally slashed N1m from the amount and allow us to be paying the balance gradually. He is just God sent, for us”

Because of our financial handicap, support from well meaning individuals and bodies have been trickling in. DSP Akhimien recalled an NGO, Mother of Good Counsel Initiative which gave him a cheque of N300,000 on the day they were leaving the hospital.

“That has really been our major source of help so far. Friends too would just come with N2,000, N3,000, N5,000. And following the first publication in Vanguard, we have been receiving a good number of alerts, some N10,000, some N15,000 and so on. We are really grateful to Vanguard and believe God will do more”.

Akhimien said, “I have seen cases where the woman delivers up to four babies and government takes over responsibilities. I believe Governor Nyesom Wike is aware because officials from the state Women Affairs Ministry came visiting.

I don’t know why the governor didn’t pay us a visit or invite us over, but I am just believing that God who brought them will definitely take care of them. This blessing happens to be the first in Rivers, first in the entire Nigeria Police.

It’s a blessing to Rivers happening at a time Chief Wike is at the helm of affairs in the state, I expect he will honour these kids. When something like this happened in Lagos, the First Lady of the state went to visit and she helped in settling the bills. Rivers state is blessed and I am still calling on other well meaning Nigerians.

Police Officers Wives Association members came for a visit and promised coming back, but for now I have not seen them.”

Akhimien then gave word of encouragement for couples who may be going through difficulty in bearing children of their own.

“One thing I want to tell those who are traveling the tortuous road which my wife and I passed through is that to pray to God who is ever faithful as heaven helps those who help themselves. Any little thing you take for granted today might become a problem tomorrow.

They shouldn’t look at anything as simple. They should seek professional guidance from good gynecologist and someone experienced in child bearing. Even fibroid can stop couples from child bearing and that was a key challenge we found out. My wife had fibroid which was the first thing we dealt with.

Today I am a proud father of five babies. Just few weeks old, the babies look so identical. At this tender age, they really look alike. What we had to do was to place different rubber bands on their wrists for easy identification for now.

We know as they grow, the differences will become clearer”, the DSP explained. The babies were given names rooted in biblical references during the naming ceremony penultimate Saturday. Akhimien said, “this blessing came from God, I was not able to do anything on my own and to God I totally give all the glory.

Good spirited individuals and groups who want to bless them in these trying times are enjoined to assist in cash or kind through the FCMB 2440848014 account details of Bright I. Akhimien or contact DSP Akhimien on 08034253660.